Accompanied by Damian Kenny, Lydia will be treating the audience to a varied programme to include Demersseman, Singelée, Planel, Caravan and Quate. 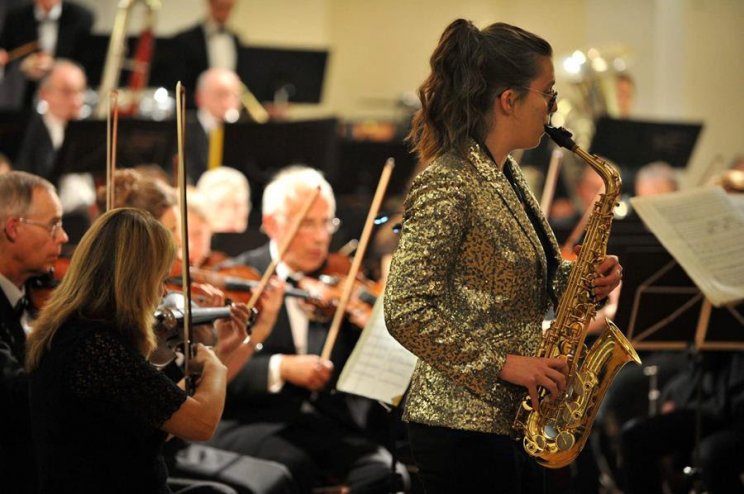 Lydia studies the saxophone with Lara James, having previously studied at Gloucestershire Academy of Music under Wes Duggan. She is working towards her Licentiate of the Royal Schools of Music having obtained DipABRSM Distinction on saxophone in 2017.

Lydia has played saxophone concertos with several Gloucestershire Orchestras and is also an actor-musician having studied acting with the Young Actors' Studio at the Royal Welsh College of Music and Drama.

She has performed at many festivals, including the Cheltenham Music and Literature Festivals. Lydia also plays violin with Gloucestershire Symphony Orchestra, Gloucestershire Youth Chamber Orchestra and the Cantilena Orchestra.

Chapel Arts will be hosting a real variety of performers this year. From young musicians such as Lydia and 16-year-old award-winning pianist Zacharias Brandon, to popular female singing group Gulls, from Port Isaac.

In March Chapel Arts hosts 'Springtime in Paris', an evening of French music from acclaimed composer and arranger Robin A. Smith. He will be bringing a group of talented local musicians and singers to perform some of their favourite French songs.

This coming Saturday, February 9, between 11am and 1.30pm, there is a free drop-in session where you can find out about the Original Artists' posters in Chapel Arts' exhibition - how they were made and the techniques used by the artists.