Cheltenham's Chapel Arts Centre is usually closed over August, but after the year we've all experienced they are allowing the public to experience their amazing art and talent for another month. 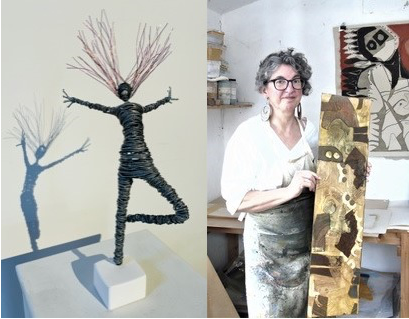 Rachel Ducker originally trained as a jeweller, and her love of working with metal led her to experiment with wire as a medium for sculpture. Her figures, whether in movement or repose, are expressive evocations of the human form and spirit.

Take a dip into Modern Art with Art Historian and Curator, David Addison. Four monthly informal talks with slides. David encourages questions and loves participation - so you won't leave with any question marks in your head.

Exploring what might be the origins of 'Modern Art' - investigating the background, progress, and conflicting views of late nineteenth century artists such as Manet, Monet, Cezanne, Van Gogh, and Gauguin.

Exploring the first real phase of the 'Modern Art' Revolution when fundamental questions are faced and confronted in works by such artists as Picasso, Braque, and Klee.

Exploring alternative, idiosyncratic, and apparently weird, avenues taken by artists such as Chagall and Dali (including confrontational movements such as Dada) and infecting Britain.

Exploring the rise of Non-Figurative Abstraction in the work of such artists as Kandinsky and Mondrian who broke through the traditional picture frame and colour theory.

A few musical events are taking place too.

As a finalist of the BBC Young Jazz Musician of the Year award 2020, and the winner of the "Rising Star" category in the 2019 British Jazz Awards, Alex Clarke is one of the most exciting young jazz musicians to emerge on the UK jazz scene.

Winner of the 2014 Kenny Wheeler Jazz Prize, Misha Mullov-Abbado is an in-demand bass player, composer and arranger based in London. He is a 2017 BBC Radio 3 New Generation Artist and a 2014 City of Music Foundation Artist.

Kim is back with her band for another blast of energy and great showmanship. Kim loves to perform a repertoire from classic 1940s jazz, all the way through to the sounds of modern grooves.

Joining Kim on this evening will be a line-up of fine musicians: Alex Steele on piano, Mike Green on double bass, and Mike Cypher on drums. This gig is part of the 'Bring your own sunshine' fundraising project in honour of Karen Jackson and raising money for Maggie's Centre Cheltenham. 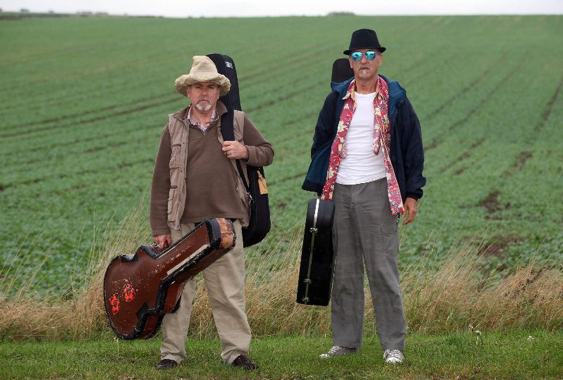 What could be better than a bit of soul searching and hand wringing country music 'culled from the dark underbelly of Country' on a lazy Sunday afternoon. Hank Wangford is unique and wonderful. The godfather of British Country music over 3 decades, he's performing with his new compadre, yodelling Brad Breath (aka Andy Roberts).