A great day out for all the family y'all!

The popular American-themed Autumn Classic returns to Prescott Speed Hill Climb, near Cheltenham, on the weekend of October 5-6.

The annual Stars and Stripes event will now celebrate the biggest, brashest and iconic cars both sides of the pond, with the introduction of an Anglo-American twist.

The action-packed weekend attracts a wide variety of cars competing on the historic hill climb course with special classes for American cars and hot rods, as well as spectacular American car displays and fantastic USA-themed entertainment from the thrilling Demon Drome Wall of Death to live bands and Vegas Showgirls. 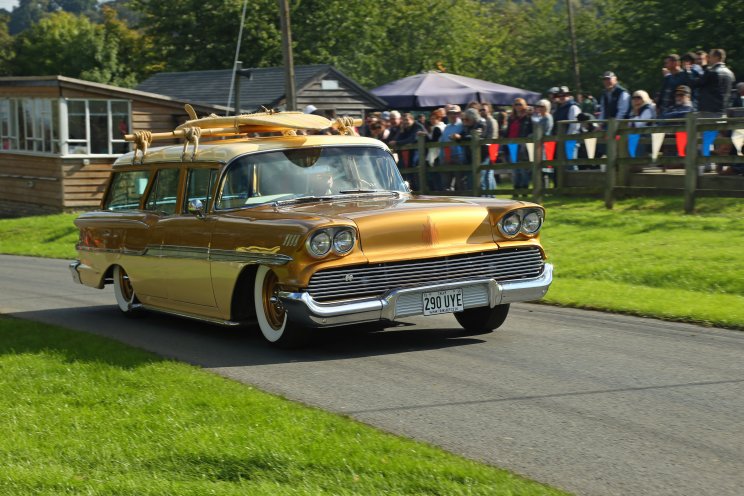 The paddock will feature an awesome display of American classics, British muscle cars, hot rods to Nascars - from Mustangs, Cadillacs, Pontiacs, Buicks, Camaros, Corvettes, Chevys to Indians motorcycles and Custom Choppers and a whole host of other American vehicles, all of which will take to the iconic hillclimb course in a special lunchtime cavalcade.

The Orchard features a dedicated 'show n' shine' display area which is open to all for American and British-built vehicle owners. This year the event has introduced 'Anglo' to the theme and are reaching out to English 'muscle' sportscars from the 1950s and 60s to rival their US counterparts.

Notable vehicles attending include the Xfinity Series South Point Hotel & Casino Chevy, Goodwood regular crowd-pleaser Duncan Pittaway in his 1965 Plymouth Barracuda and a 1967 Chevrolet Camaro "Butch" which appeared in the latest Mad Max video game - all of which will take to the historic hillclimb course. 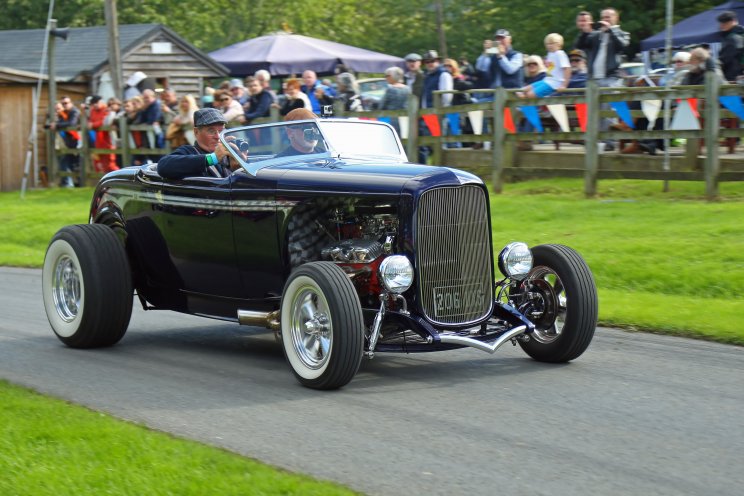 Also, a feast of nostalgia for F1 fans! Prescott are delighted to welcome the McLaren MP4/15 F1 car designed by design supremo Adrian Newey and built by McLaren for the 2000 F1 season. The iconic McLaren was raced by defending world champion Mika Häkkinen and David Coulthard and scored seven victories.

New to the Autumn Classic - the Zimmer Golden Spirit, and one of only 1,500 built. This unusual car was hand-built for music legend Frank Sinatra and presented to him to celebrate his 68th birthday. The car was later gifted to fellow Rat Pack member Sammy Davis Jr and upon his death was gifted to the Las Vegas Museum, where it has resided until sadly the museum went in to administration.

The popular Indian Motorcycle Club makes a welcome return alongside The Chopper Club of Great Britain who will be showcasing some marvellous custom engineered machinery. 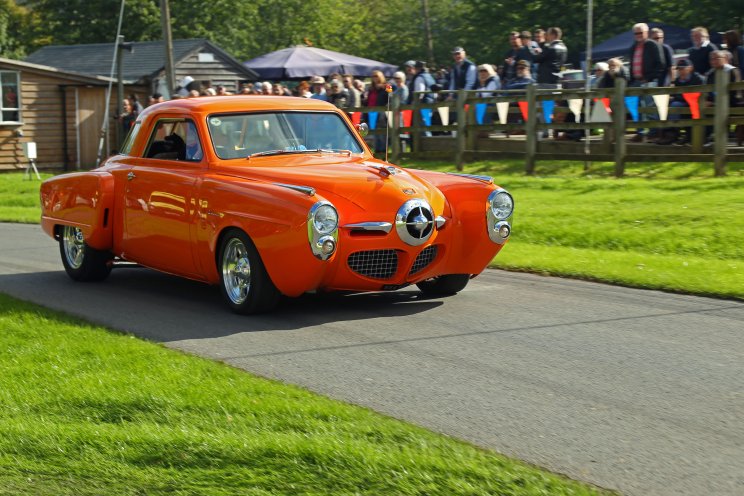 On track - The best in classic cars with Championship rounds on Saturday for TVR Car Club, TR Register, Historic Rally Cars, American Marques, the final round of our New Barn 'B' Licence Roadgoing Championship as well as the Bugatti Owner's Members Handicap.

It's not just about the cars either...Off track the oldest surviving Wall of Death the 'Demon Drome' dare devil riders will cheat gravity on their 1920s Indian motorcycles, performing amazing feats of virtuosity within mere feet of your eyes.

As 'Dynomyte Dave' Seymour said "We want to keep the Demon Drome true to its roots but keep innovating and putting on the best shows we can.". 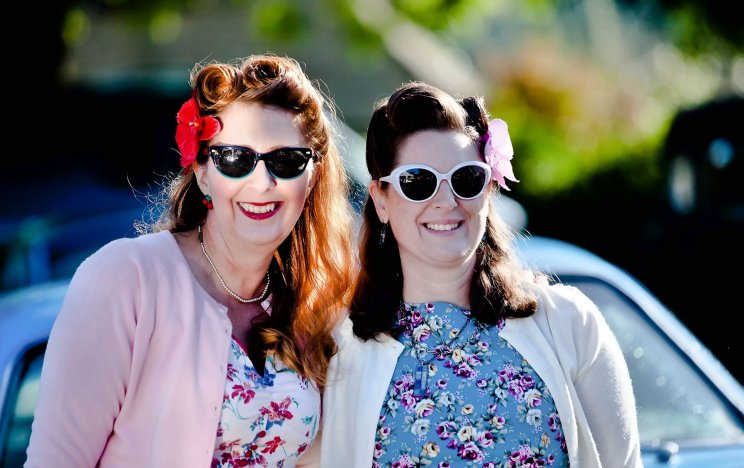 Non-stop 'Hot Rockin' live bands will play throughout the weekend. Making their debut is the Haney's Big House Band, from old style Chicago to West Coast swinging blues, add in a big slice of Jump Jive and Rock 'n' Roll then you have the driving sound of Haney's Big House. Plus the fantastic Jon Clare - think Jerry Lee Lewis - and the marvellous songstress Betsy Harmony.

2 for 1 for all American and British built cars. If you own an American classic or British built car and would like to attend, you'll need to register to obtain a special reference code prior to purchasing your tickets. The 2 for 1 on event entry tickets includes a vehicle display pass, and is only available to those that purchase in advance. Please email: rebecca@eventspr.co.uk  for a special vehicle code.

For more event information or to book tickets, visit www.prescott-hillclimb.com