A festive comedy about kids - for adults!

The Playhouse Company are thrilled to announce their performance of the festive comedy 'The Flint Street Nativity' by Tim Firth, but this is one nativity you will not want to bring the kids to! 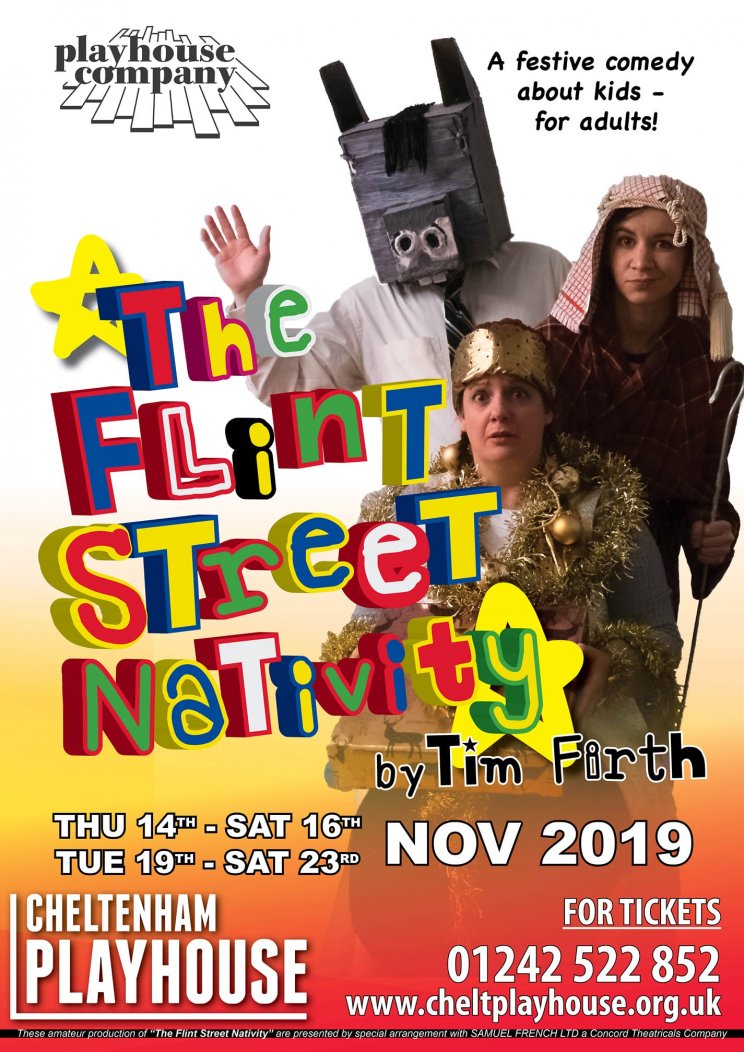 Mrs Horrock's class of seven-year-olds (portrayed by full-grown adults) are about to perform their school nativity in front of their parents.

Amid dropped lines, dropped tunes and the occasional telling off, backstage politics threatens to derail the show; Gabriel plots to overthrow the Virgin Mary, and the Innkeeper is determined to liven up the script with a few antics of his own.

Originally produced in 1999 as a televised Christmas special starring the likes of Frank Skinner, Neil Morrissey and Jane Horrocks; Firth went on to adapt the piece for the stage in 2006 for the Liverpool Playhouse.

This new stage version added music, with the kids now performing all your traditional carols with a tongue in cheek twist.

Witness as the bad habits, hang-ups and petty jealousies of these junior individuals all make their way centre-stage in this brutal attempt to impress their elders.

The performances start at 7.30pm with a Saturday matinee at 2pm on the 16th. Visit the Cheltenham Playhouse website for information on how to get tickets.