When: 7pm on Friday 6th September 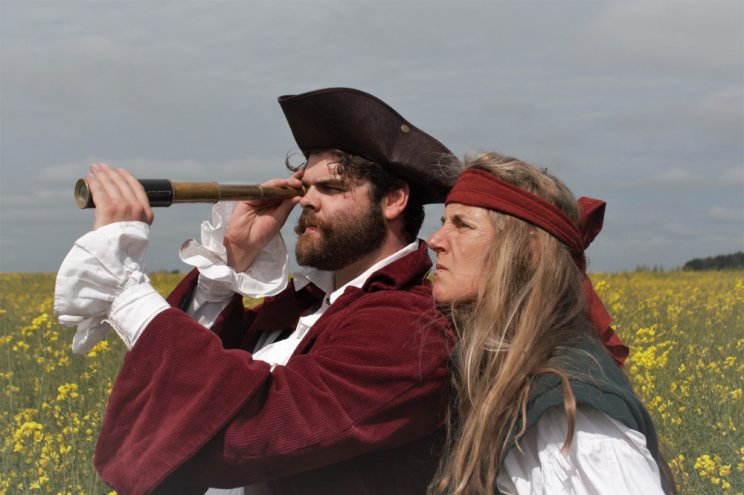 This year, Chapterhouse Theatre Company is delighted to be celebrating it's 20th anniversary of bringing classical theatre productions to stunning country houses, castles, and heritage sites across the UK and Ireland.

From the first year of performances at 30 venues with Romeo and Juliet in 2000, Chapterhouse now performs over 170 shows every year, and has become a greatly anticipated addition to thousands of theatre-goers' calendars.

For the last three years Chapterhouse has also toured A Christmas Carol to sell-out audiences in theatres across the UK, and in 2018 brought shows to Saudi Arabia and returned once again to China for a month-long national tour; past productions have included Jane Eyre, The Adventures of Sherlock Holmes, The Jungle Book, and Little Women.

Their brand-new show is an adaptation of Robert Louis Stevenson's swashbuckling adventure Treasure Island, which alongside The Secret Garden will provide fun for all the family. The theatre company will also be bringing back a firm Chapterhouse favourite, with a nod to the company's roots in Shakespearean theatre, with a magical production of A Midsummer Night's Dream.

Another favourite with Chapterhouse audiences, Jane Austen's Pride and Prejudice, will join the 2019 productions. Emily Brontë's Wuthering Heights and Elizabeth Gaskell's Cranford will also take to the stage, meaning that most of their summer productions will showcase bold, exciting stories from women writers in the literary canon.

This year, Chapterhouse is returning to the stage with exciting stories set in extraordinary places: the wild Yorkshire moors, mystical forests, open seas, and magical gardens will be transported to castles, botanical gardens, manor houses, and other open-air venues across the UK and Ireland, including many National Trust and English Heritage properties. They are also proud to be working with the charity The Red Box Project.

So bring along a rug or low-backed seating and a picnic and settle in for an evening of theatre beneath the stars...

Gates open at 5.30pm. Tickets available from Cirencester's Local Information Centre are £16 per adult and £11 per child or £46 for a family (two adults and two children).