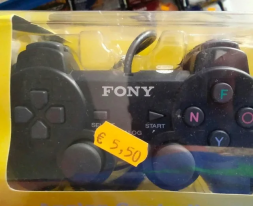 These designers and business owners took a little bit too much inspiration from famous brands already in existence.

There was no such thing as health and safety back in the day.

Not your usual stock photo

These are some of the more peculiar stock photos we have come across.

It's Friday afternoon and people are wanting to leave work on time - but these are definitely the wrong ways to start cutting corners.

Everyone can admit spending their hard-earned cash on something that they really don't need.

It’s each to their own when it comes to personal taste and style, but these might just be stepping over the line.

These educational toys are definitely not something you want to see at your next dental check-up.

Loo with a view

Have you not seen a bird with arms before?

Kids will be kids

There's no doubt that being a parent can be tough at times - but there are definitely times when it can make you laugh too.

They really do look the part - however we're not sure how they would perform in the boardroom.

It's the first day back after a scorcher of Easter bank holiday weekend and we are sure some are feeling the Monday blues - on a Tuesday. However, these people definitely have it worse...

Selfies are not a new phenomenon. Wherever you go people are taking them.

No-one expects the unexpected, but these people managed to catch it on camera.

Naming your pet can be a tough decision, but it does allow for a little more creativity than naming a child.

Cats are inquisitive for sure – but who knew they could dance?

These people have taken advantage of the tiny piece of advertising space on their car to make us laugh.

Some areas of Europe are notorious for their quirky buildings and odd taste in design.

We’re surprised these even made it off the production line.

Who knew that cutting holes in fallen leaves could look so artistic?

This makeup artist has used his own face as his canvas to create mind-boggling 3D optical illusions.

The oceans are vast and mysterious, chucking up all kinds of things onto beaches across the globe.

Smartphones mean that taking panoramic photos couldn’t be easier – but they don’t always go to plan.

Happy or sad, a dog shows true expressions, emotions and concentration when treats are around.

The best of April fools' pranks

Pranking on 1 April has become an annual tradition across the world.

Being a parent, its always a difficult task to make sure the kids eat their greens.

These people fixed their cars with creativity instead of taking them to a garage.

From a different perspective

Many of these unusual images require a second take before understanding what they actually show.

Nothing says spring more than the first sight of a bee.

This imaginative artist has created scenes from a tiny world where everything could happen.

The unseen side of life

There are many hidden secrets in life - just waiting to be discovered.

The art of spaghetti

Who knew spaghetti could work so well in contemporary art.

These unusual combos may have you curious or running for the hills.

App of the month: Square

For the majority of businesses, making sales means the difference between success and failure.

The ‘hole-punch’ notch has become the latest innovation across many Android smartphones.

Cut an object in half and it reveals a unique, cross-sectional view.

Ten crazy facts that seem fake, but are actually true

Sounds made up? These strange facts definitely aren't!

Could a hotel stay get much worse?

The balance between reality and imagination

Imagination is the key to keeping the mind entertained.