By Nigel Tillott, director at Davies and Partners

Gaining precise information about the workings of the Furlough scheme has been very difficult. 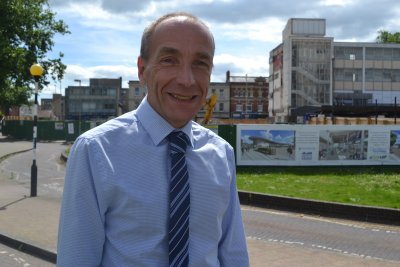 A further and hopefully final Government guidance would be very helpful, but further information is now coming out through various sources - but unfortunately it can be contradictory.

Perhaps the big headline for now is that the Government is confident that the scheme will be up and running for week commencing April 20, in readiness for the first payment on April 30.

An HMRC webinar has suggested that claims can be made at the most three-weekly as this is the minimum period of Furlough Leave although an answer to a Government Select Committee suggested that claims could be made in accordance with the payroll frequency - so in relation to the monthly paid this would be monthly and in relation to weekly paid it would be weekly. This contradiction does need to be clarified. The evidence to the Select Committee suggested that the application could be made up to 14 days ahead of the payment.

HMRC is very worried about the potential for fraudulent claims and has made it clear that if there is evidence of breach it will not make a payment at all. It is also making it clear that the agreement to furlough must be retained for five years which makes it very clear that there will be post payment audits.

For those on a regular wage the payment figure will be 80 per cent of the regular pay as at February 28, 2020 subject to the cap of £2,500 plus Employer National Insurance contributions and Minimum Auto Enrolled Pension contributions. Included within pay are wages, past overtime, fees and compulsory commission. Discretionary payments are not pay for these purposes and HMRC has stated in its webinar that the cost of company cars is not, nor are salary sacrifice payments.

Where there isn't regular pay it is the higher of the amount received by the individual in the relevant month the previous year or the average over the previous tax year.

It would appear that to make the claim the application through the HMRC portal will involve setting out the payroll reference number, the number of employees furloughed, the amount claimed, the claim period, the company bank account details (it must be a UK bank account) and the contact name and number. Payment will be made by BACS to the account. All monies paid by HMRC must be paid to the furloughed employees as one would expect. When the business comes to do its tax return it must include furloughed payments in its income figures for the purpose of working through its taxable profits.

Readers of my updates will know that I have been frustrated about the lack of clarity around holidays.

We know that holidays continue to accrue but not so much about what happens if they are taken. The guidance remains silent on the point, but we are at the start of 'bank holiday season'.

A combination of ACAS guidance, which has changed, and advice apparently given by HMRC Customer Support, would suggest that holidays can be taken during Furlough Leave without interrupting eligibility to claim the furlough payment but that if holiday is taken it should be made up to 100 per cent by the employer. On the face of it there is no reason why this logic wouldn't apply to bank holidays taken as holiday.

It would be very helpful if the guidance would specifically deal with holidays, but in the meantime that is my best take on it without delving into the other chestnut of how 100 per cent holiday pay is calculated.

Stay safe everyone and hopefully you will be able to do something over the bank holiday to divert your mind from the current situation.

For further information about Davies and Partners Solicitors click here or call 08000 151 212.