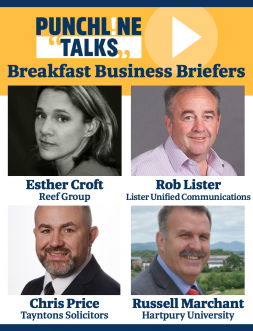 The government recently announced the introduction of Making Tax Digital for self-assessment would be delayed for a year.

We know that sadly many employers are finding they have no choice but to reduce costs and make redundancies in their businesses.

A sustained rise in construction costs this year is increasing the likelihood of significant underinsurance of buildings in the UK - writes Neville Mills of Brunsdon Insurance.

Are you ready for action in 2022? Hayley Parker of OPS-BOX

We've all been there - we start each new year with a fresh plan and vision for our business.

As part of the budget announcement, the Chancellor confirmed the government have committed £5bn to remove unsafe cladding from the highest risk buildings.

Electric company cars are growing in popularity and can be a tax efficient benefit.

Is your current business model fit for the future? Claire Clift of Azets

A robust business model can help businesses keep on track and move forward towards strategic aims and objectives.

The grey pound is an idiom for the economic power of older people. Given that local councils are there to provide for their population, it is ever more important to account for the grey pound.

Is buying a property a good investment? Enzo Mora of The Mortgage Brain

The significant impact the pandemic has had on the economy over the last 18 months has created both challenges and opportunities for businesses.

When a shareholder wants to sell their shares or leave a small company it can upset the equilibrium of the business.

Can you teach an old dog new tricks? Nicholas Gratton of Randall & Payne

We have all heard, and probably said, such things as: you can't teach an old dog new tricks; stuck in the mud; set in their ways.

Punchline Talks! The BiG Interview with Moreton Cullimore, MD of the Cullimore Group

The Cullimore Group, based in Frampton-on-Seven, is a family-owned business.

There are plenty of reasons you may be thinking of selling your business: retirement, poor health, you need a change, you want to cash in on years of hard work.

In self-assessment? Plan ahead to avoid nasty tax surprises - Rob Stokes of Optimum

October 31 was once a date firmly in the diaries for those filing a paper self-assessment tax return, writes Rob Stokes.

Cordell Ray MBE, is the charismatic leader of the charity Caring for Communities and People (CCP).

Several key changes have recently been announced in the world of employment law with more changes on the horizon for employers and HR teams to be aware of, explains Matthew Clayton.

What would your dream home look like and where would it be? Property portal Rightmove asked the nation, and the results are surprising.

Watch Punchline's latest The B!G Interview with Tim Gwilliam, leader of Forest of Dean District Council - a position he has held for five years.

In today's financial landscape, finding the best funder for your business is more complex than ever.

Selling a business on retirement - Diana Eames of Davies & Partners

Diana Eames, associate solicitor at Davies & Partners in Gloucester, talks about the key factors involved in selling a business on retirement.

Pensions are all too often overlooked in a divorce, yet they are often one of the most valuable resources that a married couple have.

The intricacies of accounts and tax cannot be summed up in one article, but there are some simple points that when clarified could help you to understand what you are signing.

After someone dies, their affairs need to be wound up and their estate distributed to the beneficiaries entitled to inherit. This can often be time-consuming and complex.

Here Brian Morman from Brunsdon Financial talks about the importance of good pension health and the part it can play in our wellbeing.

When a business is forced to change, it's possible that roles and responsibilities will also need to change - explains Margaret Adewale, director of The HR Dept Gloucester.

The drive for self-build housing - Chris Moore of McLoughlin Planning

Chris Moore, senior planner at Cheltenham-based McLoughlin Planning, believes self-build housing is the way forward and it's time to roll up our sleeves.

Esther Croft is the development director of Reef Group, working alongside Gloucester City Council, to breathe new life into the city.

This episode marks the end of series 3.