Used to strutting their stuff on grass, Forest Green Rovers will now take to the field in a kit part-made from it.

The Green Devils have today unveiled a new zebra striped green and black kit that is part made from bamboo.

Bamboo is a type of grass and its fibres can be woven into clothing. However, prior to Rovers' innovative new kit, it had not been used in a football shirt. 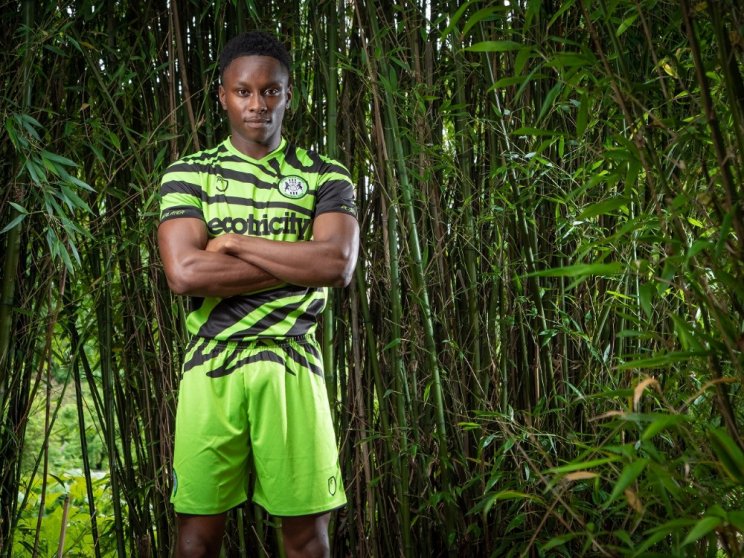 In the latest piece of ecological marketing genius from the club and their owner Ecotricity entrepreneur Dale Vince, the new kit reduces the use of plastic.

The club are already recognised by Fifa and Uefa as the world's greenest football club and this latest ploy will only enhance their green credentials.

And it's not just the use of materials that will get football followers talking - the design by manufacturer PlayerLayer is intended to dazzle too.

The club's statement released alongside images of the green and black zebra print kit is something to behold as well.

It said: "Inspired by nature, the on-trend kit comes from chairman Dale Vince's desire to create an evolution of the club's now world famous green and black hoops.

"The new design is inspired by the animal's natural camouflage - so effect for a dazzle of zebra (the collective noun for a group) when bamboozling predators and stopping them from attacking. 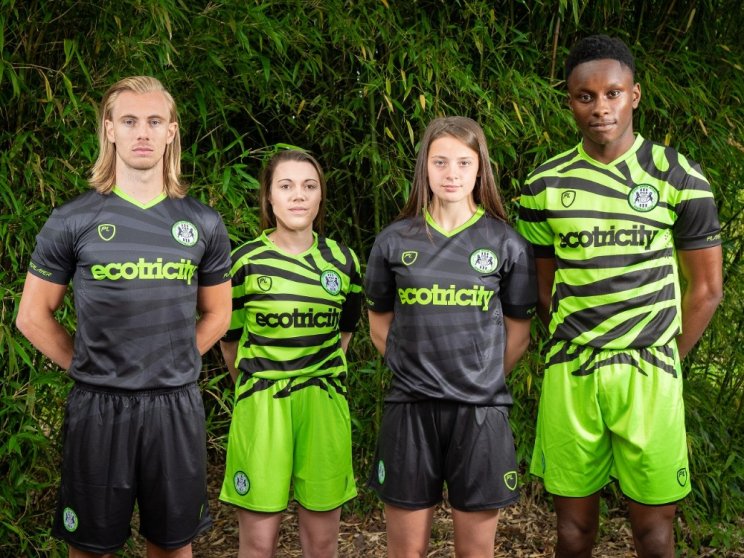 "The zebra's striping also makes it harder for rivals to judge their speed and direction."

The kit will feature sponsors Sea Shepherd, a marine charity whose skull and crossbones logo is on the back of the shirt.

For the first time, the club's plant-based milk partner Oatly sponsor the shorts, with their logo featuring on every pair.

"I was pretty shocked when I found out that modern sportswear is actually made from plastic - that feels wrong to me, not just from the sustainability point of view, but for performance too.

"Together with PlayerLayer, we're making strides towards a new approach for football kit - this year's 50 per cent Bamboo is a stake in the ground - no pun intended -, we plan to move beyond that.

"The aim is 100 per cent sustainable high-performance material."

Roderick Bradley, Founder, PlayerLayer, commented:"We are privileged to work with such a forward thinking, creative and rebellious football club.

"We are developing some completely natural fabrics which will change the sports clothing industry forever." 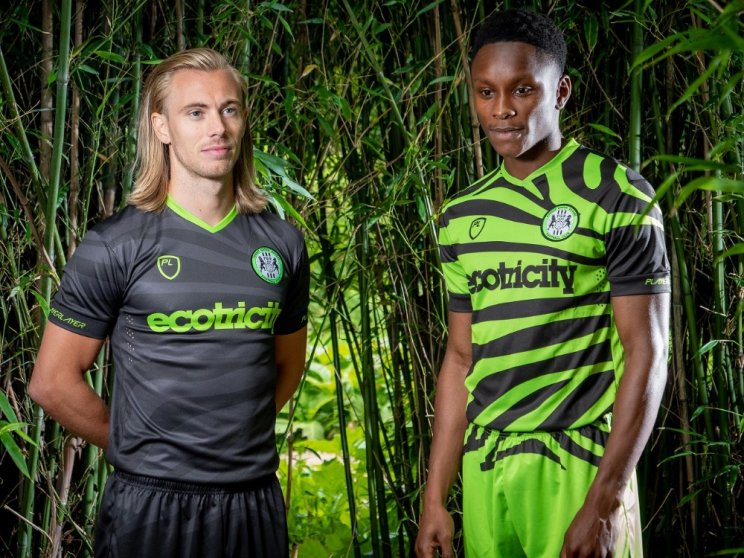