For the first time ever, the world is home to 300 million companies, according to the latest figures.

Data specialist BoldData found that nearly half of the world's officially registered companies (43.6 per cent) are based in either China or the USA.

But the UK is punching above its weight in terms of companies per head of population - with a staggering 7,744,496 companies.

Unsurprisingly, the rise in companies can be explained by a big increase in self-employed people. One third of all companies worldwide are freelancers or self-employed individuals and this number has doubled in just six years. 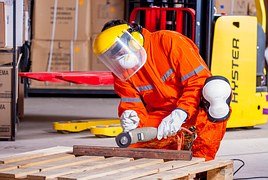 With 71.87 million businesses, China tops the list of countries with the highest number of companies. China's economy has only been growing rapidly for the last few decades - before 1978, China was home to only 558,345 companies, which were largely directed and controlled by the state.

China passed USA in 2019 as the country with highest number of companies. India is third on the list with over 22 million companies, closely followed by Brazil, with over 21.5 million.