The latest phase of a £25 million project that will protect homes and rivers from sewer flooding is underway in Stroud. 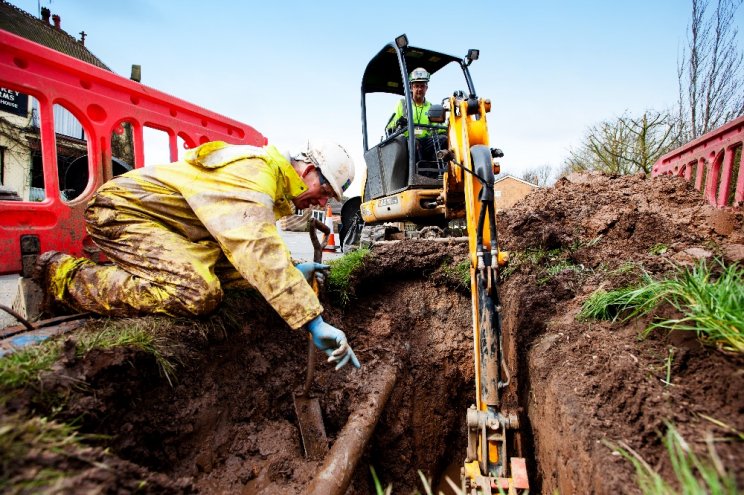 Severn Trent engineers started work on Monday, August 8 between the junction of Dudbridge Road A419 and Cainscross Road to create two large shafts that will allow a tunnel boring machine (TBM) to travel underground.

The machine will cut through a total of 440m of earth that will pave the way for brand new sewer pipes to follow, meaning that minimal disruption is caused overground during the work.

This work forms one part of the Stroud project that will see Severn Trent install over two miles of new pipes, upgrading many of the old Victorian sewers in the town, as well as removing the existing large sewer pipe that runs through the canal channel in Stroud.

Severn Trent's CEO, Liv Garfield, visited the town on Friday, August 12 to see the progress being made on the project.

She said: "We know that when we take care of the natural environment, we take care of our water and the wellbeing of the community, which is why we're taking action in Stroud to protect homes and rivers from sewer flooding.

"As well as providing increased capacity and state-of-the-art technology that'll completely transform the waste network for generations to come, this project in Stroud will go further to protect the River Frome and other local watercourses as we a leading role in making our region's rivers the healthiest they can be."

By using machines such as the TBM, and by working underground, Severn Trent is able to significantly reduce disruption caused to customers, whilst maintaining access to properties and businesses in the area.

Working hours for this scheme will be 7.30am till 5pm, Monday to Friday, with this phase of work expected to finish by the end of February 2023.

Severn Trent has teamed up with Galliford Try as contract partners for this project, with the construction company taking the lead on project design and build.