Work on Shire Hall to last until winter

Work on a £400,000 project to replace part of Shire Hall's roof will last into winter. 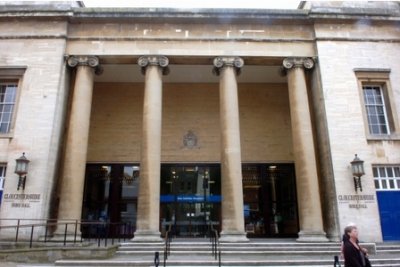 Large swathes of the historic building in Westgate Street are covered in scaffolding and blue netting with signs by construction form Kier in place.

Berkeley Street has been closed temporarily for deliveries and cherry picker has been seen parked on site. Pedestrians can still use the road to gain access to The Fountain Inn and other properties.

Shire Hall is the main office and meeting place of Gloucestershire County Council.

It was designed by Sir Robert Smirke for Gloucestershire magistrates and opened in 1816. The council moved in after being set up in 1888.

Queen Elizabeth II visited the building on May 3,1955 with her husband the Duke of Edinburgh, and again on November 14, 1963 with The Queen Mother to open the new council chamber following a substantial extension.

Kier Group completed an extensive refurbishment to parts of the building in late 2018.

Work on the roof started in July and the scaffolding was in place when the proclamation of King Charles III  was made on the steps on Sunday, September 11.

A spokesperson for Gloucestershire County Council said a full roof replacement of block 1, the section adjacent to Berkeley Street, was taking place.

They said the work could cost up to £400,000 with money coming from the Shire Hall Capital Maintenance budget.

The project is due to be completed by the end of November.