Work can start on 194 student flats in Gloucester

Work on the second phase of the proposed student accommodation blocks on the old Barbican Car Park can now get underway after the plan passed the final planning obstacle.

An application for 186 new student bedrooms on land sandwiched between Barbican Road and Ladybellegate Street was approved last year.

However, amendments to the scheme were made by developers to add a further eight bedrooms to one of the accommodation blocks.

Phase one of the development was approved in 2016 and when complete the full development will house more than 450 students.

Gloucester City Council planners decided that because the number of rooms being added was a low percentage of the overall total it wasn't considered as a material amendment.

That meant new planning permission didn't have to be applied for and after planners gave the scheme no objection on Thursday, work can now begin.

Phase two of the scheme will see work begin closer to Barbican Road, with two blocks of buildings being built, as well as a pedestrian access road to link to Ladybellegate Street. 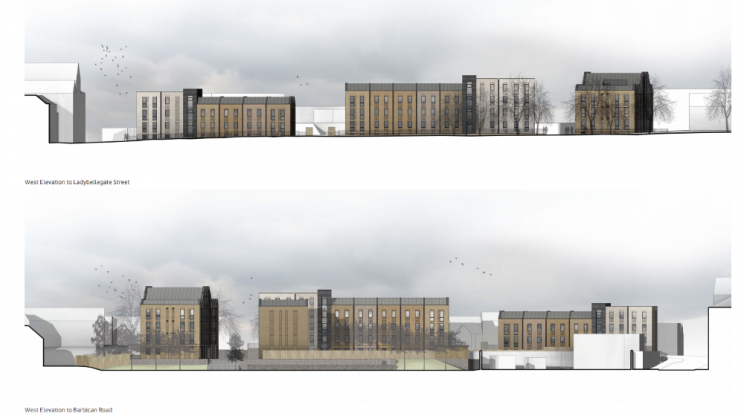