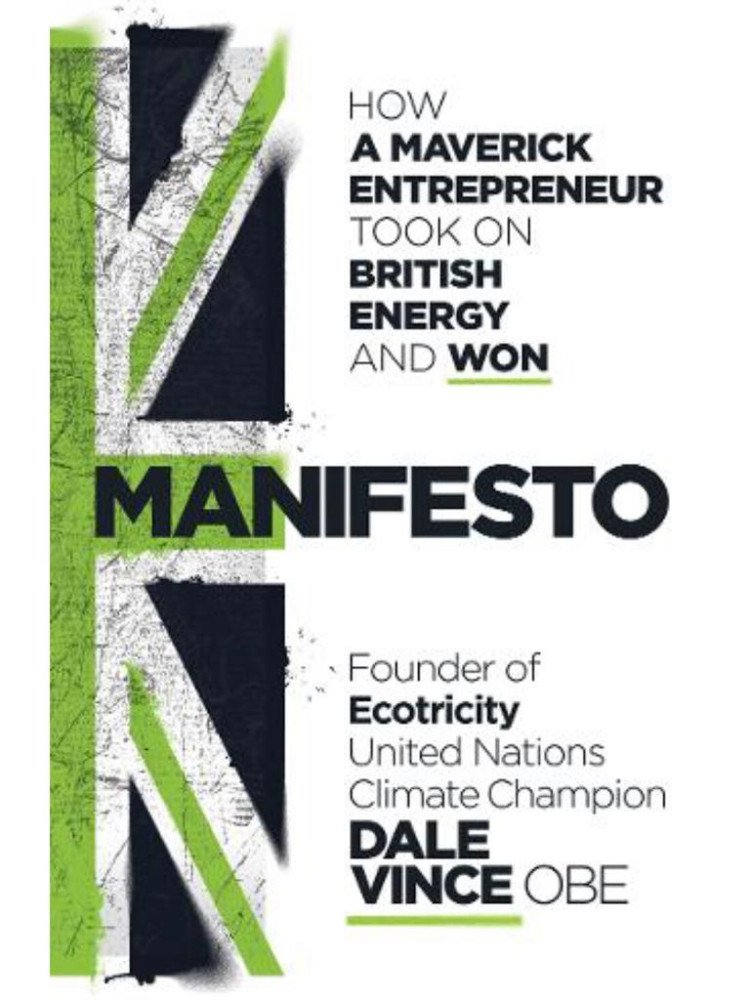 Leading green energy industrialist Dale Vince, the founder of Ecotricity and chairman of Forest Green Rovers, spent part of lockdown writing his first book which is due out on November 26.

The book, entitled 'Manifesto', documents key moments from Dale's life and career - including his time as a traveller and, after he had become a successful businessman, his rescue mission to save Forest Green Rovers Football Club in 2010.

And Punchline has copies of 'Manifesto' to give away to two lucky readers.

Speaking to Punchline's editor Mark Owen, Dale said of the book: "It follows my 10 years on the road and talks about that and what I learnt on the road which was really fundamental for me. It really did shape me.

"Then dropping into the world of business in the early 90s how I've tried to create a different type of capitalism, a different kind of business to pursue an environment outcome not a money outcome.

"It all kind of rams up in chapter 13 which itself is called Manifesto which is a high level plan for the country. It translates to individuals and for organisations as well. It's fairly detailed in terms of what we need to change.

"Essentially what I'm saying is we need to end fossil fuels, we need to power ourselves with renewable energy, we need to electrify transport and we need to end factory farming and if we do all of that the changes to our world and to the country and the way we live will be absolutely phenomenal."

Dale said the epilogue includes some technology he was about to unleash on the world which he has been working on for more than five years.

Dale spent a month during lockdown writing the book, which is published by Penguin. Pre-order copies are available on the Forest Green Rovers website.

Asked whether more books may follow, Dale said: "I wouldn't rule it out. For many years I avoided writing one and now I've done one there's a great possibility.

"I'm at this point in my life when I'm very keen on using a different approach to create change."

Read more: Dale Vince looks to the sky for bling without the sting