Retailer Wilko has warned it could run out of cash by the end of next year if trading worsens. 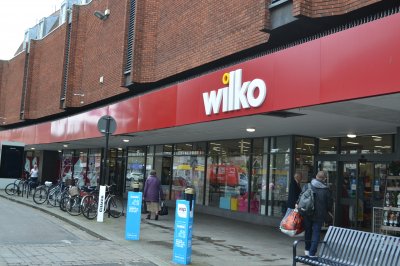 The company reported a loss of £36.8million in the year to January 29, 2022 and is said to be in emergency talks with lenders to secure a £30 million lifeline.

The privately owned company which has stores in Gloucester, Cheltenham and Stroud said the drop was due to lockdowns, supply chain disruption and a dip in consumer demand impacted trading.

Wilko stores are mostly in shopping malls and town centres, where customer numbers have been slower to recover after the pandemic.

Wilkinson Hardware Stores (WHS), the holding company for the group, reported a pre-tax loss of £36.8m for the year to January, against a £4.4m profit the previous year, and there was a £49m cash outflow. Revenue fell to £1.2bn with same-store sales declining 3.3 percent.

WHS is still controlled by a Wilkinson family entity, which received £3mn in dividends during and immediately after the financial year.

It expects same-store sales volumes to fall this year and stabilise in 2023, with price rises and operating cost reductions boosting profit margins.

But it cautioned that under a "severe but plausible" trading scenario in which sales fell and it failed to secure additional financing, it could exhaust existing sources of funding by the end of 2023.

The company has historically relied on short-term overdrafts, supply chain finance and internal cash generation for its funding needs. It said it was "confident" it would secure new financial backing.

The lifeline could come from Bantry Bay, the specialist lender backed by Elliott Advisors, which has already provided a £60mn term loan to Matalan and is in discussions regarding a similar facility at clothing brand Superdry.

Wilko has already sold and leased back its headquarters in Nottinghamshire, raising £48m.

It is also looking at other costs, in particular its 400-strong store estate and said there were "opportunities to improve profitability" at about 70, either through renegotiating lease terms or improving the offering to customers.

The trading update comes after it was announced on Monday that Wilko managing director Alison Hands was stepping down.

She has been at Wilko since 2018 and will stay until January before moving to a role at Lincolnshire Co-op in April.