Who are Gloucestershire's Conservative MPs supporting in the race to be Prime Minister?

Gloucestershire will have a greater say than most counties in who becomes our next prime minister.

The campaign to be the next resident of 10 Downing Street - never mind the fact that more often than not the Prime Minister lives in Number 11 - is ramping up.

The 313 current Conservative MPs will vote in a series of votes next week that will whittle down a field of 11 candidates down to a final pair. 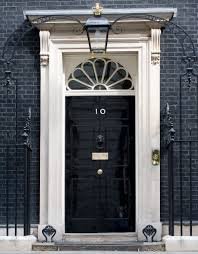 Five of those MPs represent the six constituencies in Gloucestershire and so far, it appears there is no county consensus as to who the next leader and prime minister should be.

In fact, of the four MPs to show their hand so far all four have chosen a different horse in the race.

Mark Harper, the member for Forest of Dean, is standing in the election himself while Cotswold MP Sir Geoffrey Clifton-Brown is yet to state a preference.

Mr Clifton-Brown's role as deputy chairman of the backbench 1922 Committee may preclude him from having his say in public as he is likely to play a key role in the election process.

Mr Hunt was the founder of an education listings business and his success in building that company has made him the perfect candidate to lead the county, according to Mr Graham.

Mr Graham tweeted his backing for Jeremy Hunt, saying: "We need a new leader who knows the vital importance of public service and has led the biggest public service in the UK: who not just understands business but has built a business himself."

Laurence Robertson waited until Tuesday to make his preference for former London Mayor and foreign secretary Boris Johnson known in a tweet.

The long-standing member for Tewkesbury asked constituents to let him know their thoughts on twitter and said that the response had led him to make his decision.

"He has the overwhelming support of the people who've contacted me on this issue (thank you for your responses) and I believe he is best placed to deliver Brexit and to bring people together."

Alex Chalk has yet to make as boisterous a message of support, but he is widely tipped to be backing current health secretary Matt Hancock.

Mr Chalk has worked as a Parliamentary Private Secretary for Mr Hancock since last year and has tweeted messages from others backing him.

Mark Harper announced his candidacy last week, saying that his absence from the Cabinet table in recent months gives him a fresh take on the issues that affect his rivals.

He tweeted: "The current top team haven't delivered. We need new thinking and fresh ideas. That's why I'm standing to be Leader of the Conservatives and our next Prime Minister."

There are currently 11 candidates for the leadership:

Voting among the parliamentary party starts on Thursday, June 13 and further rounds will take place during the following week to whittle the candidates down to two, who will then run off to be leader.

The next leader and prime minister will be chosen by Conservative Party members with the election being concluded by July 22.