A sorry week for Gloucester came to something of a conclusion with Thursday night's meeting of the city council.

The shambolic state of Marketing Gloucester - and those who should have been scrutinising it - was laid bare.

The meeting and a Punchline investigation into Marketing Gloucester established:

* That whistleblowers who had raised concerns in 2014 "were right all along", according to councillor.

* That the one-time non executive chairman of Marketing Gloucester and former leader of Gloucester City Council denies involvement in the company's day-to-day finances.

* That five years on from the report, the two whistleblowers are still fighting to see it.

* That recommendations made following the whistleblowers report appear to have not been followed.

* And that despite the current leader of Gloucester City Council admitting that he'd "never seen a company run as badly" as Marketing Gloucester, councillors voted against an amended motion to hold an inquiry.

Had whistleblowers highlighting failings at Marketing Gloucester to the city council been listened the public might now be wondering how it had come to this, according to Councillor Declan Wilson.

He told the full Gloucester City Council meeting last night the two whistleblowers had done the right thing back in 2014/15.

But, he said, they had been let down by the city and deserved an apology.

If they had been listened to, it could have helped prevented the serious failure of governance at Marketing Gloucester and by the local authority meant to oversee it.

'We should be ashamed... the whistleblowers had a terrible time'

Cllr Declan Wilson said: "We really should be ashamed we did not back them up. They were treated terribly. They were right all along.

"We must remember that the whistleblowers, who paid a very heavy price four or five years ago, had a terrible time.

"I know one of them personally and she was brave enough to speak up and she was not treated well."

He added: "We are in a very serious situation here."

Which might help stop abuse of the kind one of them received on Twitter following the last council meeting into MGL's affairs.

Paul James the former non-executive chairman of Marketing Gloucester was the leader of the city council until he stepped down on the eve of the debacle becoming public.

He told last night's meeting he had "nothing to do with the day-to-day running of the finances" of the arms-length company which has spent hundreds of thousands of pounds money, none of which appears to have been properly accounted for.

An ongoing investigation into the failings has involved the police, seen its chief executive officer Jason Smith sacked for gross misconduct, its bookkeeper Richard Brooks dismissed, and a board member resign after being caught leaking private documents.

Cllr James said: "This has been a pretty unpleasant experience all round, and it's not how I wanted to end 24 years of service to this council.

"I was not involved in the day-to-day finances of day to day running of the company."

Punchline had seen a similar statement earlier that day from Cllr James.

Ahead of last night's meeting, Punchline had met with Cllr James who had confirmed he had nothing to do with the day-to-day running of the company.

The former deputy chief executive of Marketing Gloucester is understood to be one of the whistleblowers.

City Council: We did not have anything to do with the investigation, or final report

The whistleblowers raised their concerns with the city council as owner of the limited company MGL. Under the partnering arrangement between MGL and GCC employes had access to the GCC whistleblowing policy. GCC then informed the MGL board members of the allegations and proposed a way forward.

Because of the serious nature of the allegations it was recommended the then ceo was suspended pending an investigation.

The services of Heather Resource Management Limted were then employed to carry out the investigation.

It is understood the whistleblowers now believe the inquiry upheld their concerns and that theirs was a case to answer.

However, five years on, they are still fighting to see a copy of the report.

The city council told Punchline it would not answer any questions on the whistleblower investigation as it was a matter for MGL.

The council told Punchline no personnel, senior or otherwise, had anything to do with the investigation or any decisions on the final report.

Punchline has seen documents which show MGL board members told the whistleblowers there was no case to answer and the matter had been dealt with.

A 2015/16 audit report which followed the whistleblower investigation strongly recommended introducing better processes and accountability, but those recommendations were not followed.

The two whistleblowers left the business.

Just before Christmas 2019, the full extent of the cost of ignoring the whisteblowers' advice began to be laid bare in a Grant Thornton report, described by Cllr Wilson as "a shocker".

It outlined a near total lack of governance, accountability, paperwork, and little responsibility taken by anyone concerned.

Gloucester City Council had continued to pump hundreds of thousands of pounds into Marketing Gloucester.

The end result was an insolvent company whose finances are difficult to fully understand.

That money and £76,000 more was spent before the Eastgate Shopping Centre-based opened.

Neither the city council or Marketing Gloucester board had any idea of the UK:DRIC company being formed. It's two listed directors are Jason Smith and Richard Brooks.

'I've never seen a company run so badly' says Council leader, but there will be no inquiry.

Speaking at last night's meeting Richard Cook, council leader of the Conservative council, said: "I have never seen a company run so badly.

"I have worked for a major multi-million-pound company and ran two businesses myself. It [MGL] has been the victim of mismanagement and too many people ignoring their responsibility."

"We must learn lessons from this."

Mr Cook was sat to the right of Cllr James and the current chairwoman of MGL and person driving the internal investigation, Cllr Jennie Watkins.

Cllr Kate Haigh called for a public inquiry so the council could get to the bottom of what really happened and hold those responsible to account.

But the council voted not to go down this route.

Marketing Gloucester, whose staff have been roundly championed by everyone throughout the on-going storm, currently face redundancy.

The outcome of a consultation period is yet to be known.

It remains to be seen whether Gloucester BID's analysis of what happened leads to any further investigations either by the council, or externally.

Mr Smith and the bookkeeper, Richard Brooks, also worked for the BID. A situation Cllr James told Punchline was "not ideal".

Gloucester BID, a group of 575 city businesses - from small retailers to big high street names and well-known city firms - is a paid-for organisation set up to improve the city's offer.

It was paying MGL thousands of pounds a year to stage its events. 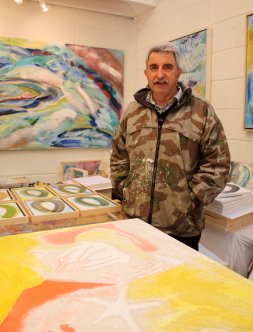 The Corinium Museum's temporary exhibition space is set to re-open after being closed for 18 months.

Part of Cheltenham town centre will be closed for the next three nights due to road resurfacing.

The drop in weddings and holidays is hitting the beauty industry as it prepares to offer more treatments following a further relaxation of coronavirus restrictions.