A man has been sentenced to four years in prison after being found guilty of drugs offences following a proactive stop search.

Yemane Kidane, 30 and of Ryecroft Street, Gloucester appeared at Gloucester Crown Court on Wednesday, where a jury found him guilty of possession with intent to supply class A drugs and being in possession of criminal property. 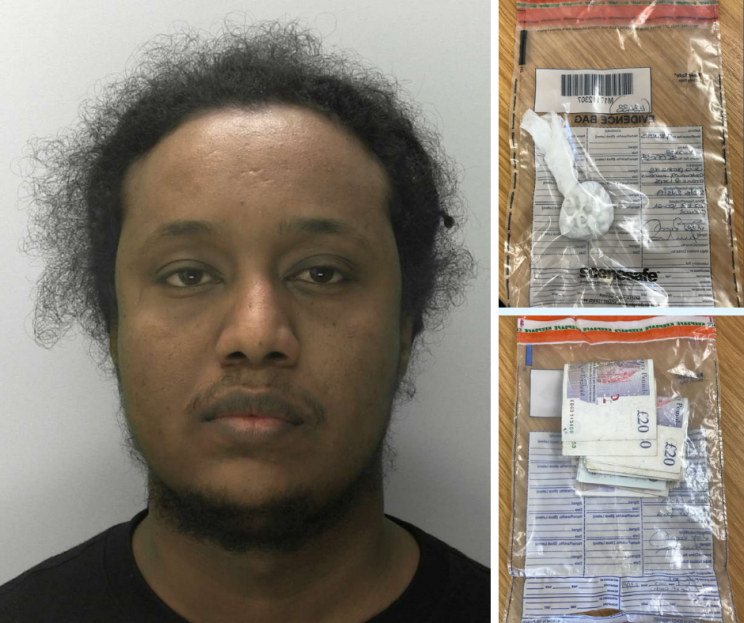 The stop search which was conducted by officers from our Force Crime Operations Team in March of this year resulted in Kidane being found in possession of drugs/paraphernalia, cash and mobile phones.

He was subsequently charged with the offences before being remanded in custody.

Force Crime Operations Detective Inspector Dave Shore-Nye said: "This is another good example of proactive Policing and a reminder that drug supply will not be tolerated in Gloucestershire.

"The Force Crime Operations Team will continue to tackle serious and organised crime on a daily basis whilst seeking to bring offenders to justice and make Gloucestershire a safer place to live".

Gloucestershire Constabulary's Crime Operations Team is built up of officers who specialise in serious and organised crime and carry out drugs related warrants targeting key areas based on intelligence that is received.