Warning over fraudsters claiming to be police officers

People are being warned to be on their guard after fraudsters claiming to be police officers have been targeting Gloucestershire residents.

A woman fell victim to a scam earlier this week after being phoned by a man claiming to be from the Metropolitan Police.

Gloucestershire Constabulary is asking people to warn elderly or vulnerable family and friends.

In the latest incident, an elderly Gloucester woman was instructed to take cash and iPhones to locations around Gloucester and leave them there. The victim was told that the cash and phones were needed for a police investigation and would be collected by officers.

Detective Sergeant Simon Shaw, of Gloucestershire Police's Economic Crime Team said: "Fraudsters can be extremely convincing. They use social engineering to gain control of their victims, and make them panicked and frightened.

"There will be a grooming period whereby trust and secrecy are established. Victims are often told that local police and bank staff are in on the scam and that they must not engage with them.

"Once the victim has acquired cash, jewellery, gold, or other items, the fraudster tells them that a "police courier" will need to collect the items. Victims are told that all expenditure will be reimbursed but of course this does not happen.

"This type of crime is known as courier fraud, and often has a devastating psychological and financial impact on victims."

Advice for protecting against potential scams:

• Neither police nor bank officials will ever ask you to withdraw money from your account, purchase anything or hand over your personal details or passwords.

• If you believe you are being targeted by a scammer hang up the phone and use a different phone line to call Action Fraud or the police, as scammers have a way to stay on the line and will pretend to be the police when you call back.

• If you don't have access to a different phone line, wait for a period of time and try calling a family member or friend first to make sure the scammer is no longer on the line.

• Just because someone knows basic details about you like your address or date of birth, it doesn't mean they are genuine bank or police employees.

• Always question suspicious phone calls and report them to Action Fraud or the police. 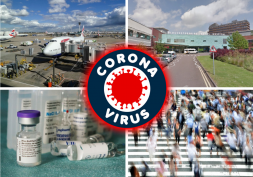