Warning over dangers of taking the plunge

Swimmers have been issued a clear warning not to cool off in open water during the hot weather.

Gloucestershire police and Gloucestershire Fire & Rescue Service have warned people to stay out of the water after reports of swimming in lakes, quarries and other water sources. 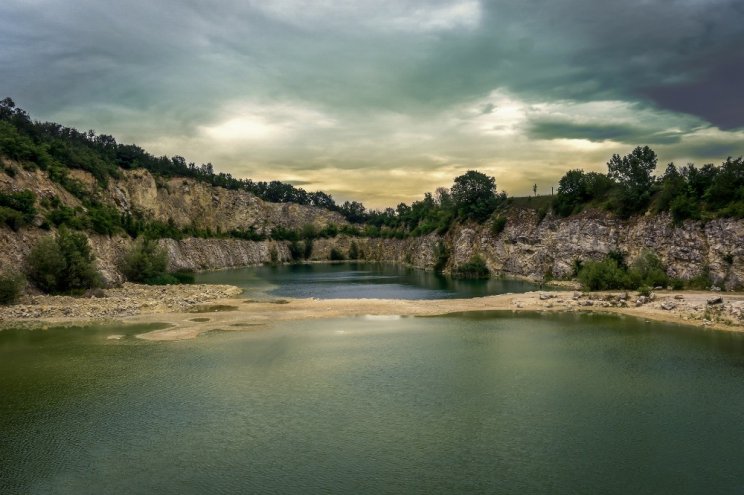 And they have warned about the risks involved including hypothermia and strong currents which can overwhelm even good swimmers.

Inspector Nick Cook, of Gloucestershire Constabulary, said: "It can be very tempting to cool off with a dip in water as the summer temperatures soar.

"But although bodies of water may look appealing and even safe, strong currents, hazardous objects, and pollution mean they often hide much less obvious dangers.

"Water such as reservoirs or lagoons can be very cold, even in the summer months, and people suddenly entering cold water are susceptible to hyperventilation, which could result in the body going into seizure."

He continued: "There can also be hidden currents and unseen dangers such as mud banks or items under the water which a swimmer can become caught on.

"As inviting as the water can look, it simply isn't worth the risk.

"If you do see someone in trouble, do not get into the water yourself but call 999 and await the emergency services, as whatever is causing the casualty to need help could happen to you as well."

Group Manager Donna Potts, prevention lead for Gloucestershire Fire & Rescue Service, said: "We know that as some of the lockdown restrictions ease, young people want to enjoy being outside in the sunshine with their friends.

"Sadly every year young people drown in open water because they do not realise how cold the water is just a few centimetres below the surface.

"The shock of this cold water causes sudden cramp and can affect your breathing, causing people to panic. This can impair even strong, fit swimmers."

She continued: "We urge you to look out for your friends, avoid swimming or jumping into the rivers, lakes or quarries in Gloucestershire.

"Plan how else you can cool off safely. If you or a friend fall into water, take a minute, don't panic, float on your back and call for help."