Warning after burglaries reported at building sites across Gloucestershire

Gloucestershire Constabulary is warning local contractors to be alert following burglaries at building sites in the county. 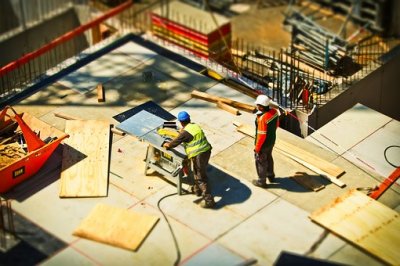 A number of burglaries have been reported at sites in the past two weeks with items such as tools and appliances being stolen.

One of the incidents was reported at a building site in Hardwicke on Sunday,  June 7 after offenders gained entry before entering eight properties and stealing gas boilers from inside.

This is reported to have taken place at around 3am on the day and CCTV footage shows a man in the area who had short blonde hair and was wearing an orange coat, white trainers and carrying a rucksack.

Another burglary was reported to have taken place at a property in Gloucester which is currently under renovation.

It is believed that offenders forced entry at some point between 4.30pm on Friday, June 5 and 8am on Monday, June 8 before searching the property and stealing two petrol disc cutters, a concrete breaker, battery operated drills and hand tools.

A further incident was reported at a building site in Standish near Stonehouse on Friday, June 12 and it is believed that offenders gained entry overnight before forcing their way into five properties and stealing items from inside.

It was reported that three Vaillant boilers, five flue adaptors, three Bosch 60cm cooker ovens and three gas hobs were stolen. Ten windows and doors were also damaged during the burglary and radiators were drained to allow for the boilers to be taken.

Anyone who witnessed the incidents, suspicious activity or has CCTV footage is asked to call 101 with one of the following incident numbers:

Incident 126 of June 7 - house under renovation in Gloucester

Incident 56 of June 12 - building site in Standish near Stonehouse

Information can also be submitted via our online form: https://www.gloucestershire.police.uk/tua/tell-us-about/cor/tell-us-about-existing-case-report/