Waitrose on the counter offensive with food counter relaunch

With reports last week of Sainsbury's closing their counters, Waitrose has announced a commitment to the long-term future of its own in-store food service counters. 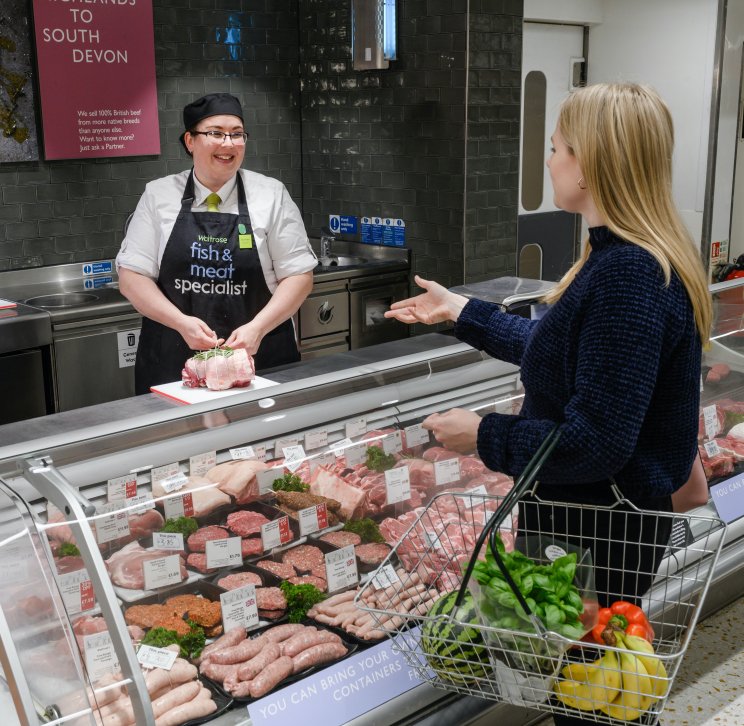 The business has unveiled plans to expand to more online customers by relaunching its fish and meat counter range on Waitrose.com at the beginning of 2021.

As the only major supermarket to have kept its counters open throughout Covid-19, it said it has not only maintained its offer, it has continued to support suppliers by launching new products too, with more than 30 new lines having launched since April 2020 and several new products and promotions being launched just for Christmas.

Jackie Wharton, director of Category Proposition at Waitrose, said: "Having tripled our slot capacity to over 200,000 orders a week and in light of increased demand for online this year, there is now a huge opportunity for us to offer our counter range on Waitrose.com and we're excited to relaunch it at the beginning of next year.

"Not only do our counters offer the freshest produce available on the market, they provide something special, personalised and more sustainable. And having taken the decision to keep our counters open broadly throughout this pandemic and thanks to support from our customers, they are also helping to sustain many of our smallest British suppliers, who otherwise would not have had a route to market this year."

Last week, rival supermarket Sainsbury's warned that 3500 jobs would go as part of plans to close all of its meat, fish and deli counters.