The planned race may have been forced off the road by coronavirus, but the Gloucester 10k managed to raise £10k by going virtual. 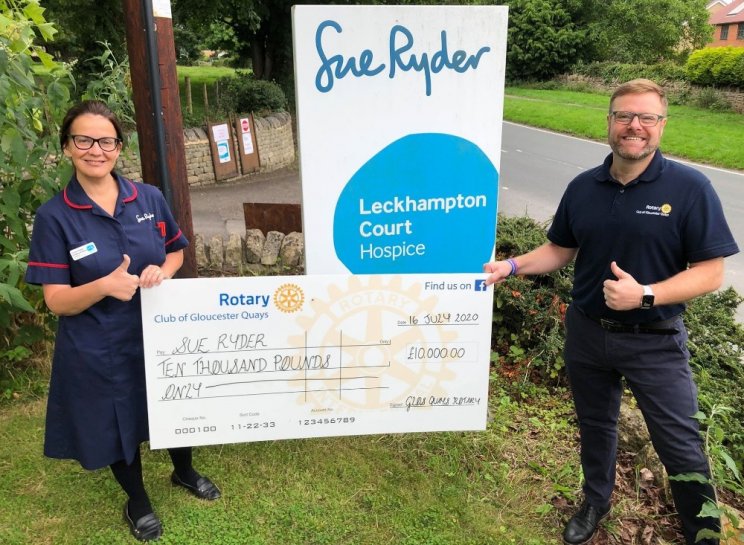 Runners took to their own courses with 560 signing up for the event on the original race weekend - more than 40 signing up after it had started - to raise the money for Sue Ryder Leckhampton Court Hospice.

And all after being launched and organised inside a month.

Race director Nigel Tillott said: "We held on as long as possible, but by mid-May we had to make a call major spending commitments would have been made.

"Gloucester Quays Rotary Club has been one of the major organisers from day one and didn't want to let it go.

"We had no idea how successful it would be but thought that Sue Ryder Leckhampton Court Hospice alongside many other charities really needed the funds as most of its fundraising sources had dried up with COVID-19."

He continued: "We thought that even if we raised a little money it would be very helpful.

"We have been knocked out by the way the people of Gloucester and beyond, even as far as Australia, have bought into the concept.

Money was raised through entry fees, commercial sponsorships, sponsorships and donations from those who had entered the original race with Gloucester Quays Rotary topping up the amount to £10k."

Rotary Club president Lee Summers: "I am amazed and incredibly delighted to be able to say that through your efforts the event has raised £10k in 10k. Thank you so much to all those that helped contribute to this total in so many different ways."

Steve Kenyon clocked the fastest virtual time of 33m 16 sec with Anna Midgley the fastest woman in 42.49 - Andy Jarrett taking a bit longer to cover the distance with six ascents of Robinswood Hill.

Matt Reay, senior community fundraiser at the hospice, said "Sadly, due to the pandemic, the 10k couldn't bring everyone together in Gloucester Park this year, but that didn't stop Davies & Partners solicitors and Gloucester Quays Rotary from hosting what turned out to be an amazing virtual event.

"On behalf of all the Sue Ryder Leckhampton Court Hospice staff, volunteers, patients and their loved ones we want to say a huge thank to everyone involved in making the virtual event the success it was."