Vigils to be held on eve of Queen's funeral

On Sunday at 8pm, Gloucester Cathedral will be observing a nationwide minute of silence, followed by a candlelit vigil. All are welcome. 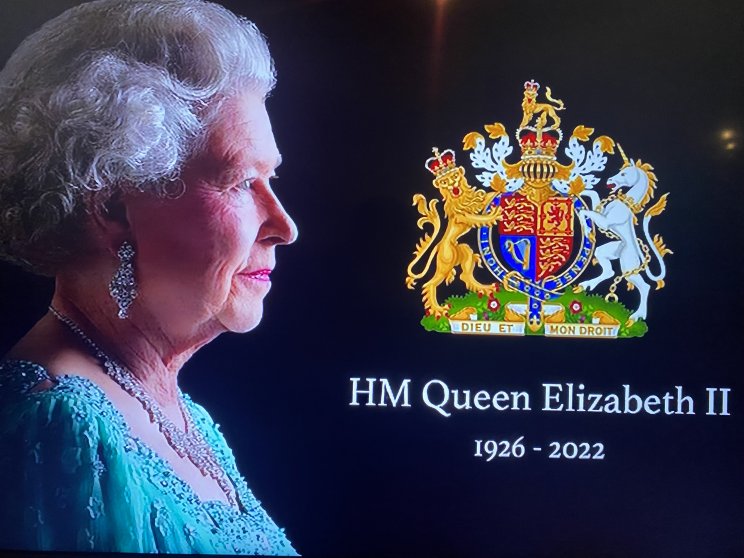 The minute of silence and vigil will be an opportunity to reflect on the extraordinary life and legacy of Her Late Majesty Queen Elizabeth II, and a chance for mourners to come together ahead of the state funeral.

The vigil will be led by the Interim Dean of Gloucester, Canon Dr Andrew Braddock, and no tickets are required to attend. The Book of Condolence will be available to sign.

This will follow a special Service of Commemoration and Thanksgiving, which is being held at the Cathedral on Sunday 18 September at 3pm. Tickets are required to attend this service, and it will be live-streamed to the Cathedral website, Facebook page and YouTube channel so that viewers can join the service online.

The Cathedral will be closed for general visiting on Sunday but will be open for those attending the 10.15am Eucharist and the 3pm Service of Commemoration and Thanksgiving. It will then reopen at 7.30pm ahead of the minute of silence at 8pm, remaining open until 9pm.

The Interim Dean of Gloucester, Canon Dr Andrew Braddock, said: "On Sunday, the county and nation will be preparing for The Queen's state funeral. On the eve of the funeral, Gloucester Cathedral will be open to provide a safe place for quiet reflection as we observe a special time of vigil and waiting.

"The ancient tradition of keeping vigil reflects the Cathedral's unique history as the only place outside Westminster Abbey to have seen both the coronation and burial of kings. In stillness, prayer and silence we will seek comfort and hope as we mourn the death of Queen Elizabeth II."

On Monday 19 September - the day of the state funeral - the Cathedral will be open between 10am-5pm, offering a peaceful space for prayer and reflection. The Book of Condolence will be available at the High Altar, and there will also be an opportunity to light a candle for those who wish to do so.

Please note that The Monk's Kitchen and the Cathedral Gift Shop will be closed all day on Sunday 18 September, and will remain closed on Monday 19 September.

As we join with others across the world in mourning the death of Her Late Majesty The Queen, the Cathedral tower lights will be switched off on the eve of the state funeral and on the day of the funeral as a mark of respect.

Cheltenham residents are also being invited to take part in A Moment of Reflection on Sunday evening.

The local Moment of Reflection will be led by the Mayor of Cheltenham and will take place at 8pm in front of the Municipal Offices on the Promenade, marked by a one-minute silence.

Residents may also choose to observe the silence privately at home, with friends and family, out on doorsteps or the street with neighbours, or at other locally arranged community events and vigils.

Cllr Sandra Holliday, Cheltenham's Mayor, said: "I know that our residents will want to pay their own personal respects at this brief vigil on Sunday 18 September, on the eve of the funeral of her late Majesty Queen Elizabeth II.

"During these few moments we will join with people across the United Kingdom in a Moment of Silent Reflection. During the minute we will have an opportunity, in silence, to reflect on the lifetime of service which her late Majesty devoted to the United Kingdom, the Realms and Territories and to the Commonwealth.

"The Queen was sure in her faith and steadfast in her duty, bringing constancy through 70 years of change. We will remember her late Majesty with affection and gratitude and silently give thanks in our hearts for her unswerving devotion to us and to our country."

Silence will be kept.

The vigil concludes with all present saying:

For further details of local arrangements to mark the death of HM the Queen in Cheltenham, please visit the council's news page at www.cheltenham.gov.uk/news