VIDEO: Take a trip along the A417 'Missing Link' through Gloucestershire

The future of the so-called missing link has become CGI reality with Highways England releasing a fly-through video of the proposed new-look A417.

The 10-minute video is released to coincide with the opening of a six-week public consultation period that starts today and runs until November.

In the spring, it was announced that the so-called option 30 design had been chosen as the preferred route to link the Cowley roundabout and the notorious Air Balloon roundabout.

The proposal is for a 3.6mile dual carriageway to link the two points, built through Shab Huill to the east of the current route taken by the A417 through Nettleton Bottom.

The video takes the viewer on the new road heading east from Brockworth and up the escarpment in a sweeping arc that misses out the Air Balloon roundabout entirely.

The new road would benefit from a reduced gradient due to the sweeping curve and would have two lanes in each direction, with a third lane going uphill for slow-moving vehicles.

A new junction would be created at Shab Hill with link roads to Birdlip to the south and through to the A436 to link to Cheltenham and Oxford. 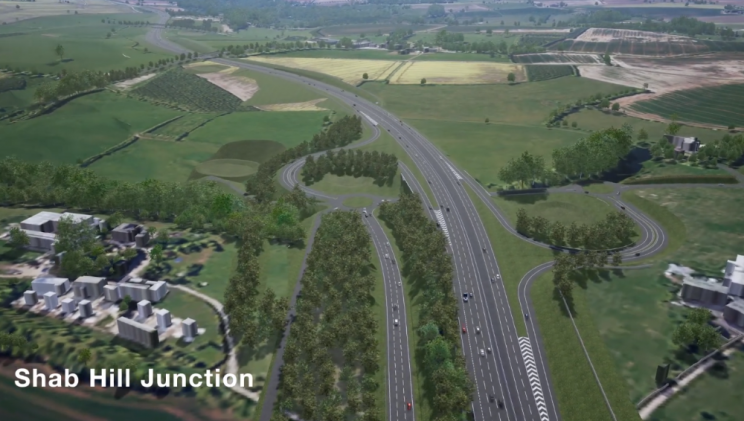 At the Cowley end a new junction would replace the existing roundabout and access to local villages will be maintained via an existing underbridge from the current A417.

The new route would allow the existing route to be 're-purposed', with some of the existing road being converted into a route for walkers, cyclists and horse riders.

Other sections of the road would be maintained to allow for local access to the villages on the existing A417.

According to Highways England the proposal will "integrate the road into the landscape using sensitively-designed earthworks, woodland, flower-rich grassland and Cotswold dry stone walling.

One of the most striking developments on the route will be a proposed 'green bridge' over the road in the gorge between Crickley Hill and Birdlip. 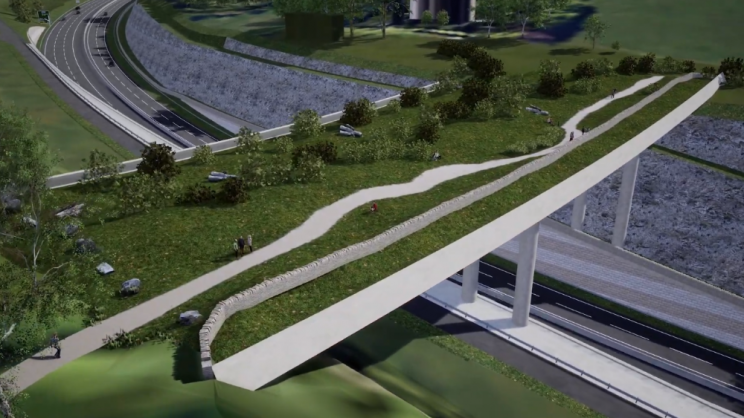 According to Highways England this would "provide a new high-level connection of the Cotswold Way National Trail." Walkers currently have to brave crossing the road at the Air Balloon roundabout.

The current consultation is being held with the aim of gauging public opinion on the scheme before the final major step is taken towards its construction.

That would come in the form of a Development Consent Order - what qualifies for planning permission for a large infrastructure project.

A public consultation on the plans will be held from Friday, September 27 through to Friday, November 8 with events taking place across the county.

According to Highways England "The consultation is a chance for you to help shape the scheme, and feed into the final proposals that we submit as part of a Development Consent Order (DCO) planning application to the Planning Inspectorate in spring next year.

"The events will be a chance for you to explore the proposals, talk to members of the project team and gain an understanding of how the proposed road would fit within the landscape.

"Once the consultation closes, we will analyse and consider all your feedback to ensure it is taken into account as we finalise our proposals.

"We expect to submit our DCO planning application to the Planning Inspectorate in spring 2020.

"Our DCO planning application will include a consultation report that details what feedback we received, and how we have responded to it."