A centre for rural innovation at the Royal Agricultural University has been named in honour of agriculturalist, businessman and philanthropist John Oldacre.

The John Oldacre Rurual Innovation Centre was officially dedicated at a ceremony at the site in Harnhill near Cirencester.

The foundation that bears John Oldacre's name has been a long-term supporter of universities making significant donations to agricultural education and research. 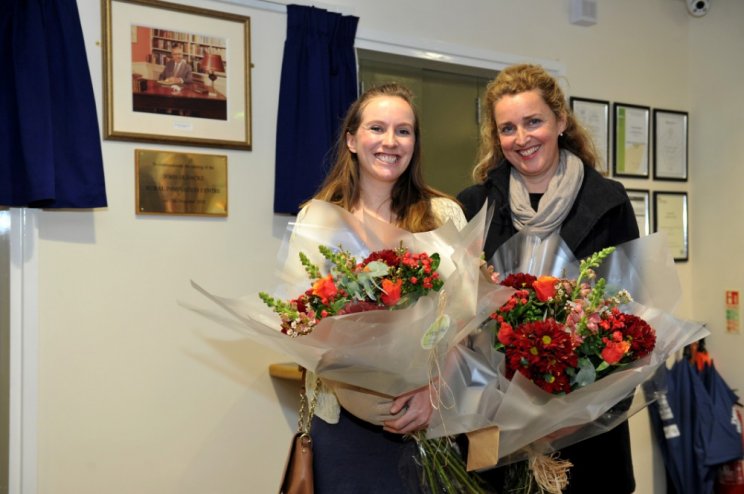 Last year the RAU received more than £2million from the charity to secure funding for PhD and MSc students in perpetuity.

Professor Joanna Price, said: "John Oldacre was a passionate supporter of agriculture and wanted to ensure that generations to come were able to benefit from the education and industry-relevant research that he championed.

"The university is honoured that the Rural Innovation Centre will carry his name and commemorate his Foundation's three decades of investment in research and innovation at this University."

Sally Bult said: "The family are proud that John's long association with the RAU, with Agricultural research and with the county of Gloucestershire will be remembered in the name of the John Oldacre Rural Innovation Centre.

"We are also delighted that postgraduate research will continue to be supported at the RAU, thanks to his Foundation."

John Oldacre was the third generation of his family to lead its group of businesses, which were founded in Bishop's Cleeve, Gloucestershire.

In 1946, after distinguished service in the RAF, he took on responsibility for the range of companies from his father.

The Oldacre Group developed to the point where it was bought by Unigate in 1986.

The John Oldacre Rural Innovation Centre offers rural skills training to both students and external clients in courses such as arboriculture, crops, pesticides and estate maintenance.

It also hosts an array of research trials, and is home to a range of agri-tech start-up businesses which are members of the RAU's Farm491 project, which supports and develops rural innovation.