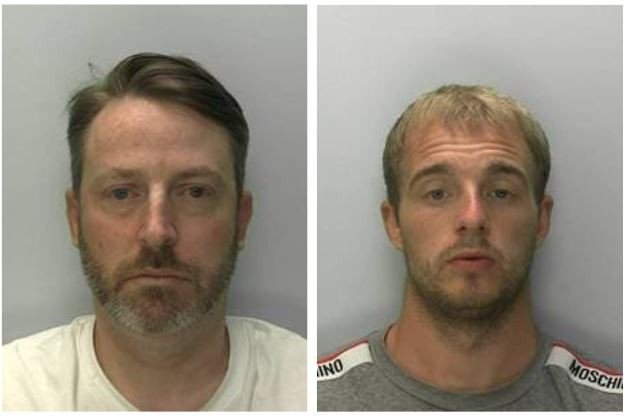 Two men were jailed yesterday (September 3) for dealing in hard drugs in Gloucester and a warrant was issued for the arrest of a third man who was also allegedly involved.

Stephen Matthews, 43, of St George's Street, Cheltenham, was sent down for three years and Joshua Walsh, 27, of Barbridge Road, Cheltenham, for four years and eight months.

The third defendant, Adam Crotchett, 20, of Snowdon Gardens, Churchdown, did not attend the hearing at Gloucester crown court and Judge Michael Cullum issued a warrant for his arrest.

Walsh had pleaded guilty to being concerned with the supply of heroin, cocaine, and crack cocaine between March 19 and June 1, 2020.

Mathews also pleaded guilty to two charges of being concerned with the supply of Class A drugs.

The court heard that Matthews was driving on April 20th this year with Crotchett in the car when they were stopped by police.

A police investigation of their mobile phones revealed that Walsh had been in contact with them.

Prosecutor Mark Worsley said it was found that Walsh had been sending out bulk text messages to 99 other drug users and dealers saying - in code - what drugs were currently available.

"Walsh was subsequently arrested at his home address and a mobile phone was seized which was analysed and confirmed that it had been used for drug dealing," said the barrister.

"Police also found drug paraphernalia in the kitchen and £230 in cash - and a 'Zombie' knife."

Sarah Jenkins, for Walsh, said: "He was a long standing user of cannabis and was a ground worker prior to the lockdown. But when his employment dried up he had no income to pay for his drugs or his debt to his dealer.

"He agreed under threat to become a dealer to pay off his debt. He accepts that the motivation was financial although he didn't receive any cash."

Lloyd Jenkins for Matthews said: "His only involvement was to drive another man about. This was both domestically and for drugs.

"No drugs or any paraphernalia were found on Matthews, or at his home address. He never had any control over the local drugs phone line."

Judge Michael Cullum said to Walsh: "It was your drug addiction that got you into drugs. You made a significant income from drugs which went into paying back your debt.

"You certainly had a managerial role within this operation."

Walsh was jailed for four years and eight months. The judge ordered forfeiture of the £230, which will be donated to Gloucestershire Constabulary's crime and drug prevention programme.

Judge Cullum said to Matthews: "I accept that you were a driver and not an organiser, but you committed this offence while on parole.

"You are in a serious position because of your previous conviction for being a street drug dealer. You were tempted back into this lifestyle by the offer of discounted drugs."

The judge jailed Matthews for three years and ordered the forfeiture of the vehicle which will be sold and the proceeds donated to the police drug crime prevention programme.