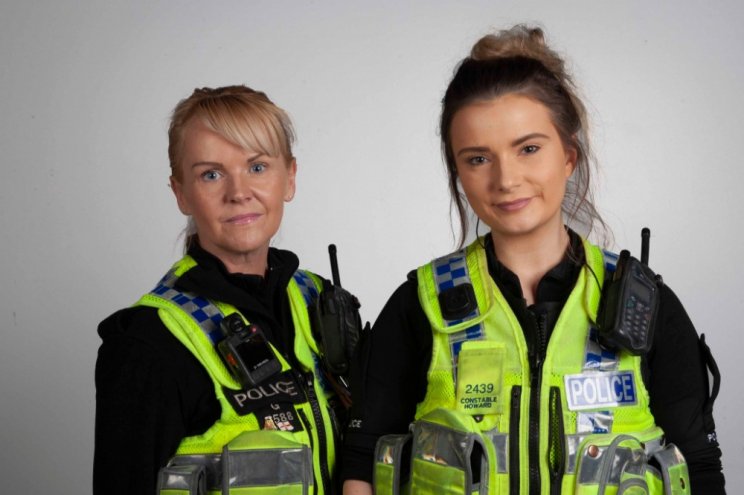 Two Gloucestershire Police Officers who saved the lives of a father and son after they had been overcome by gas fumes have been nominated for The National Police Bravery Awards.

PC Sarah Crawford and PC Lucy Howard, from The Cotswolds Division, responded to a call on 23 February 2019 from a distressed woman who said she couldn't wake up her husband and their 15-year-old son at their home in Upper Rissington.

When the officers arrived, they could smell the gas coming from the property and found the father and the teenager lying unconscious.

Realising at once what had happened, PC Crawford immediately opened the windows to the property to try and dissipate the noxious fumes.

Meanwhile, PC Howard went upstairs to try and resuscitate the father before calling in for further assistance.

By now PC Crawford had discovered the cause of the gas leak; the boiler had leaked which had set off a small explosion in the property. The officers were advised by control to get out, but they both decided to stay and try and help the occupants.

The teenager had stopped breathing, so PC Crawford administered CPR in a bid to revive him. After a few moments, he responded and started retaking breaths, so the officer dragged him out of the property and to safety.

A colleague took care of the boy and had also managed to isolate the gas supply and clear the street of people.

Upstairs the father was still not responding, but PC Howard stayed by his side and provided first aid. The paramedic team then arrived, and between them, they got the man to safety.

Both he and his son made a full recovery, and it was only after the ambulance had taken them away did the officers receive the medical treatment they needed.

Incredibly they were both back on duty the next day.

Gloucestershire Police Federation chairman Steve James said: "There's no doubt in my mind this incident would have proved to be fatal if it wasn't for the officers' intervention."

"They stayed with this family putting thoughts of their safety to one side and were determined to make sure everyone was safe and well.

"It's to their credit they were back on duty the next day to keep protecting their communities. Congratulations to them both for this nomination, it's fully deserved."

The National Police Bravery Awards honour officers from across England and Wales who have performed outstanding acts of bravery while on or off duty.

As nominees, PC Crawford and PC Howard will attend a prestigious daytime reception and evening awards ceremony in London in July 2021. The 2020 event - the 25th National Police Bravery Awards - had been scheduled to take place this past summer but had to be cancelled due to Coronavirus.

Nevertheless, the Police Federation of England and Wales wanted to take the opportunity to highlight the fantastic work of all 94 nominees from across the country.

John Apter, national chair of the Police Federation of England and Wales said: "We are incredibly proud of all the nominees from across England and Wales. The actions of these courageous officers provide a small snapshot of the amazing work our colleagues carry out day in and day out.

"PC Sarah Crawford and PC Lucy Howard proved once again how police officers are much more than crime fighters. What life savers. What heroes. People in Gloucestershire should sleep well tonight knowing they have great officers like this pair out there keeping them safe.

"As a Police Federation, we wanted to make sure these brave officers received the recognition they deserve in the year their actions were meant to be celebrated. And we look forward to seeing them all in person - and revealing regional and national winners - when the time is right in 2021."

The National Police Bravery Awards are sponsored by Police Mutual.

John Perks, CEO of Police Mutual said: "Police Mutual is, as always, proud to be supporting the National Police Bravery Awards in its 25th anniversary year. Despite having to postpone the original ceremony, the officers' courage has never been forgotten - they all showed commitment to keeping the public safe in the most demanding of circumstances.

"We very much look forward to meeting all the nominated officers in July 2021 for the ceremony, and our chance to give our thanks in person."