A new survey commissioned by Sue Ryder shows that 42 per cent of people experience poor mental health following the death of a loved one.

Just under three quarters (71 per cent) stated that they had experienced feelings of depression and over half (51 per cent) said they had felt anxious after experiencing a bereavement.

Sue Ryder found that over a third (36 per cent) of respondents felt they were unable to open up about their grief to those around them - despite the face that 'being able to talk freely' was the action most likely to help them following the death of a loved one.

When the charity asked members of the public, 51 per cent admitted that they would be scared of saying the wrong thing and only 48 per cent of people said that they would know what kind of help or support to offer someone who was bereaved. 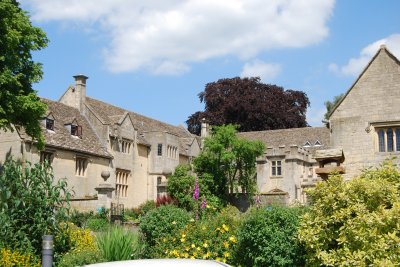 Almost a third of people who had experienced a bereavement (31 per cent) said that their friends and family stopped asking how they were feeling after just three weeks of being bereaved; yet over half (57 per cent) stated that society's assumption that there was an end to the grieving period was simply untrue.

Sue Ryder has launched its #JustSaySomething campaign, calling for people who have experienced a bereavement to:

1. Open up and #JustSaySomething - let those close to you know if you are feeling low by simply saying 'I'm struggling today' or 'This week has been a tough one'

2. Notice what lifts your mood and share that with your support network

3. Remember that there is no timeframe attached to grieving and everyone's experience of grief is unique.

4. Ask for help and speak to your GP if you are experiencing feelings of depression or anxiety

5. Visit sueryder.org/copingwithgrief  for a range of tips and resources to help support you and visit the Sue Ryder Online Bereavement Forum to access peer to peer support from those going through similar experiences to yours

The #JustSaySomething campaign calls for people supporting somebody through bereavement to:

1. #JustSaySomething and be ready to listen - 'Being able to talk freely' was cited by those surveyed as the number one action that would be most likely to help them

2. Take your lead from them - check in with them often and let them lead you as to how you can help

3. Watch out for symptoms of depression or anxiety - if you feel concerned, encourage them to go and speak to their GP

4. Remember there is no timeframe attached to grieving and checking in with them a year or two after a death can be just as important as in the first few weeks

5. Visit sueryder.org/copingwithgrief  to find further advice and resources to help you to provide the best support

Jamie said: "Grief presents itself differently in everyone. There is no right or wrong way to feel, yet grief can feel lonely and isolating. I was 22 when my Dad died. It is something I still deal with every day. It has affected every part of my life.

"Working alongside Sue Ryder to raise awareness has really helped me to work through my grief in a positive way. My grief will never go away; it is now part of who I am. Now I know that there are others who understand the pain of grief, and this gives me strength and hope for the future."

Elise Hoadley, hospice director at Sue Ryder Leckhampton Court Hospice, said: "Each of us at some point will most likely experience bereavement or want to support somebody else who is. Sue Ryder's research shows that for many people, bereavement can be a trigger for feelings of depression and anxiety, but it also points at some simple ways in which we can better support ourselves and each other.

"We seem to have found ourselves in a perfect storm. People who have experienced a bereavement want to open up yet don't feel like they can; and those wanting to support those coping with grief are too afraid to say the wrong thing. This leaves us with a damaging silence. Sue Ryder hopes that our #JustSaySomething campaign can provide people with the confidence to begin those conversations."

Ken Blanton, specialist counsellor at Sue Ryder, said: "This survey clearly illustrates how deeply felt a sense of loss can be and also how difficult it is to share those feelings. Very intense emotions are a normal part of the grieving process. They can last a long time, but sometimes people may need professional bereavement support.

"Signs that a bereaved person might need extra help can include: struggling to focus or concentrate, lack of energy, staying in their room, feelings of depression or anxiety, panic attacks, losing interest in things they used to love, and finding unhealthy ways to cope, such as heavy drinking.

"If any of these symptoms are apparent and do not improve within a few weeks, then seek advice and support from a GP. They will be able to recommend the right support, which could include counselling, group therapy or medication."