Tributes pour in as paraglider killed in crash named

Paragliding fanatic Wayne Seeley was named today as the man who crashed to his death near his Cotswolds home yesterday after hitting high voltage power cables and causing several fires on the ground. 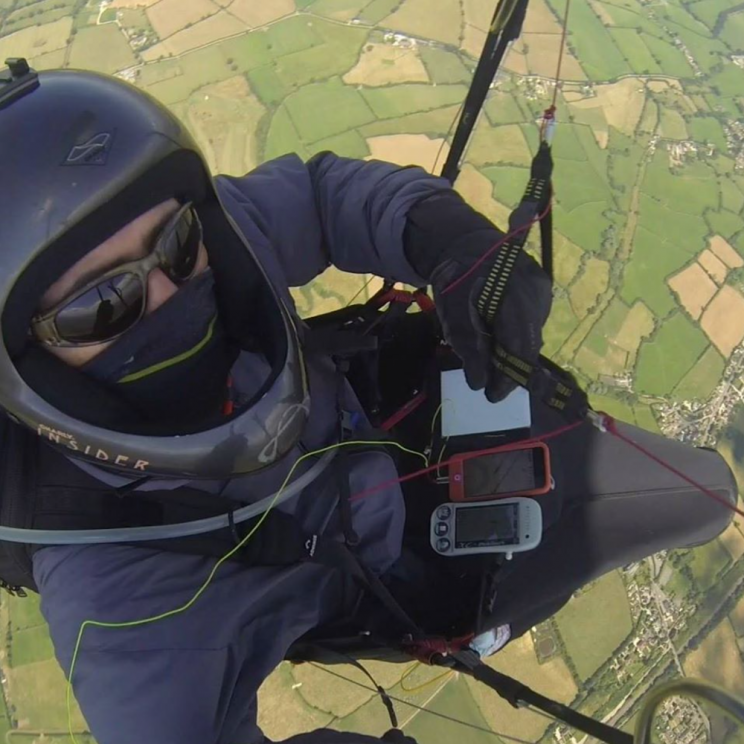 Mr Seeley, who was in his 40s and from Eastington, was known as the paragliding photographer and had posted many of his stunning aerial pictures on social media.

Tributes have been paid to him today by many of his friends on Facebook who have changed their profile pictures to show one of the photos he took while flying over the same area the day before the tragedy.

His partner Leanna Bishop posted a picture of them together with the message "My Love, my soul mate and my best friend! No words."

One friend said: "He was an amazing friend with a heart of gold. Would do anything for anyone. Also a very talented pilot and photographer as you can see by his photos (on Facebook).

"He was loved by many and will be sadly missed."

After the accident, a spokesman for Gloucestershire Police said: "Around 1.20pm on Monday emergency services were called to a report of a paraglider hitting power lines in Eastington, Stonehouse.

"The local man, aged in his 40s, was paragliding solo when he hit power lines over a nearby field.

"Sadly the man was pronounced dead at the scene and his next of kin has been informed."

All three emergency services were called to the scene after the crash on Monday evening because broken power lines sparked fires in the area. More than 500 local properties were without electricity for several hours as Western Power engineers worked to repair the damage.

A Gloucestershire Fire & Rescue Service spokesman said: "We worked with the power company to make sure the area was safe for the crews and everyone in the area. There were a number of fires on arrival due to the power cable coming down so the crews had to deal with those."

A friend of Mr Seeley's, Al Wilson from Oxfordshire, posted today: "Such terrible news. He was the nicest and funniest guy, incredibly kind and generous, a huge character and unbelievably skilled pilot - one of the greats. Flying is so beautiful and so cruel."

Carrie Louise Crowe said: "You will be so missed Wayne Seeley, one of the loveliest blokes ever, kind funny and genuine with a smile that lit up a room!"

Will Barstow wrote: "What horrible news to wake up to. Such a talented human . The loss to the flying Community is vast . Sending huge love to his friends as family. Rest in peace buddy."