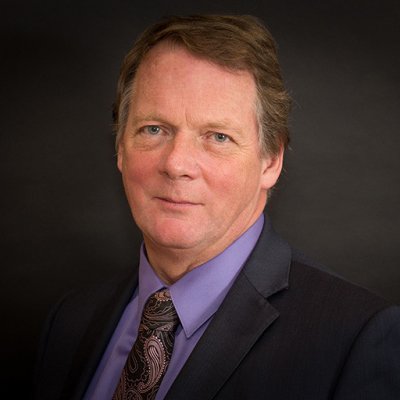 An ex-chairman of the Stroud FSB branch, Mr Stallon was not only very involved in campaigning for small businesses locally, he also went on to hold a number of high-profile national roles with the FSB.

These national roles included being an FSB national councillor for Gloucestershire, a long-standing member of the Board of Directors and then the business group's honorary national secretary. He was then elected as the FSB's first ever commercial director in 2016.

FSB national chairman Mike Cherry said: "Dave was a dedicated champion of the small business community, working hard over many years as a leading volunteer with FSB. At both regional level and as a member of the national Board of Directors, Dave was a passionate supporter of small businesses and a popular figure with our members.

"It was with great sadness that I heard of Dave's passing, and my thoughts, condolences and very best wishes are with his loved ones at this time."

FSB Development Manager for Gloucestershire Sam Holliday said: "'I was very sorry to hear of Dave's passing. Before he took on his national role with the FSB, Dave was an extremely effective, influential and hard-working regional chairman for Gloucestershire and the West of England.

"He was passionate about the small businesses in this area and it was that passion that led him to get more involved with the FSB nationally to try and do everything he could to help further the cause of small businesses.

"My condolences go to Dave's family along with my appreciation for everything he did for me personally and for all the FSB members throughout this region he loved so much."

Mark Owen, editor of Punchline-Gloucester.com and ex-chairman of the Gloucester branch and regional chairman of FSB Gloucestershire and west of England, said: "I'm sorry to hear about Dave's passing. He was someone who never took any bull sh*t and always said it like it was.

"He had a tremendous passion for supporting SMEs and for the FSB and spent a great deal of time and energy on it.

"Like a lot of people who do these type of roles, he was in the background, championing other companies, never seeking praise or publicity for himself, he campaigned so that businesses in Stroud and the region and then the UK, had a collective loud voice. And he shouted very loudly. A B!G man in a small Federation."

Mr Stallon passed away at home on Saturday, November 14.

Due to the current circumstances an invite only funeral service will take place on Monday 7th December at Gloucester Crematorium at 1.30pm. The family will be having the service live streamed, should you wish to watch this online please contact Philip Ford for details.