Tribute to Lady Dunrossil’s years of public service in Gloucestershire

A new training suite within the Heritage Hub, the Dunrossil Centre, is named after her. It will be used for archives and community training, as well as for hosting public events, including several community events during the forthcoming Gloucester History Festival.

The name was chosen by the current chairman, Cllr Ray Theodoulou, who paid tribute to Lady Dunrossil's long and distinguished record of public service in Gloucestershire. 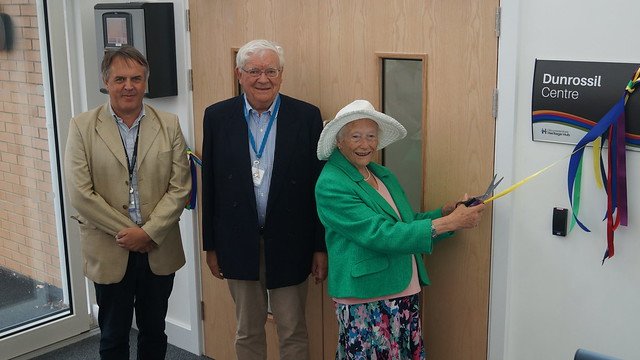 Lady Dunrossil has devoted much of her career to Gloucestershire politics, public service and in particular the education sector.

She spent 32 years as a county councillor between 1977 and 2009 and was chairman for several years, before retiring at the age of 80. She was also head of history at Cheltenham and Gloucester College of Higher Education, spent 30 years on the governing body of The Cotswold School (including 23 years as chair), and was a governor and chair at Withington Primary School.

Lady Dunrossil is a long-time supporter of the Archives Service. Until her retirement, she chaired the Friends of Gloucestershire Archives, a group which works to protect and promote the documented heritage of the county.

Lady Dunrossil has also deposited her significant family archives at Gloucestershire Archives, including records from family members who were Gloucestershire MPs, and records relating to 'Shakes' Morrison (Speaker of the House of Commons) and his wife Alison, who did a lot of public and voluntary work in the county, including in the women's land army during wartime.

Cllr Lynden Stowe, cabinet member for finance and change, said: "We are very proud of the hard work of staff and volunteers at Gloucestershire Heritage Hub, and the many volunteering, community and partnership projects made possible by the facilities, including the new Dunrossil Centre.

"Mavis has devoted much of her life to public service in Gloucestershire, particularly within education, and has been a long-term supporter of the Archives Service. It seems a fitting tribute to name the new training suite after Mavis and to recognise her many contributions to the county."