A 46-year-old Stroud woman who is a Covid-19 denier is to stand trial in January accused of using threatening words or behaviour likely to cause harassment while live video streaming from Gloucestershire Royal Hospital in December 2020. 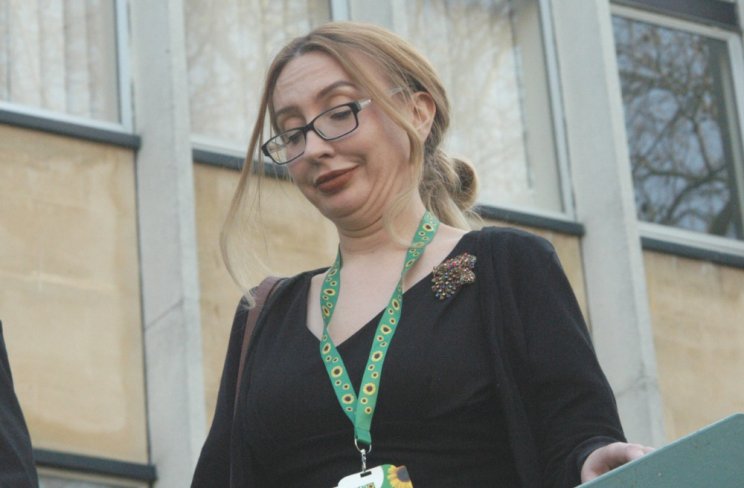 Debbie Hicks of Stratford Road, Stroud, is said to have claimed during her broadcast from the hospital on December 28th that the building was 'empty' and not busy with Covid patients. She is alleged to have used threatening and abusive words to those she filmed when they challenged her.

At Cheltenham Magistrates Court yesterday (Sept 20) lawyer Merry Van Woodenburg, representing Ms Hicks, who was not required to attend court, said that it was her preference for the trial to be held in front of a district judge rather than magistrates because of the complicated legal aspects surrounding the case.

District Judge Nicholas Wattam told her that in fact he had already been assigned to preside at Ms Hicks' forthcoming trial on December 20 this year on a separate public order charge relating to on November 7th last year when she is alleged to have breached the Coronavirus Act regulations by holding a 'Freedom' rally at Stratford Park in Stroud to protest against lockdown restrictions.

"If nobody has any objections to me presiding over both trials, I will take this on," Judge Wattam said.

Richard Posner, prosecuting, agreed and said: "There are a number of legal arguments that will have to be heard before the actual trial hearing begins."

Ms Hicks was released on conditional bail, which included a condition not to enter any hospital premises except for attending a medical appointment or to collect prescriptions and to to attend the trial at the Nightingale court in Cirencester on January 6, 2022.