The trial of Extinction Rebellion co-founder Dr Gail Bradbrook on a charge of smashing a Barclays Bank window in Stroud last year is to be held at the end of April, magistrates ruled on Tuesday (January 11).

Environmental activist Dr Bradbrook, 49, of Farmhill Lane, Stroud, was granted bail pending the April 28 trial - on condition she does not go to the bank in question.

Prosecutor Christine Hart told the court that Dr Bradbrook accepts causing damage to the window but her defence to the charge is that she had a lawful excuse under the terms of the Criminal Damage Act 1971.

Ms Hart said "At 6am on March 30, 2021 Ms Bradbook was seen smashing the window of Barclays Bank in King Street, Stroud. Dr Bradbook then left the scene. It was a single act of damage.

"The incident was captured on CCTV as well as filmed by other protestors. The smashing of the window at the bank is not disputed by Dr Bradbook."

In a statement sent to the court by her lawyer, Dr Bradbrook said she believes that the bank manager would consent to the window being damaged had they known the circumstances.

Dr Bradbrook of Farmhill Lane, Stroud, said: "There is a lot of emotional pressure on environmental activists trying to make cases these days.

"My action of breaking the window was a protest. This is because there were lots of posters and stickers in the window that I objected to.

"A video was made and circulated on social media. Protests are mostly conducted on line these days, rather than in person.

"I am not disputing I was there and that I broke the window. This was definitely a protest that I carried out. 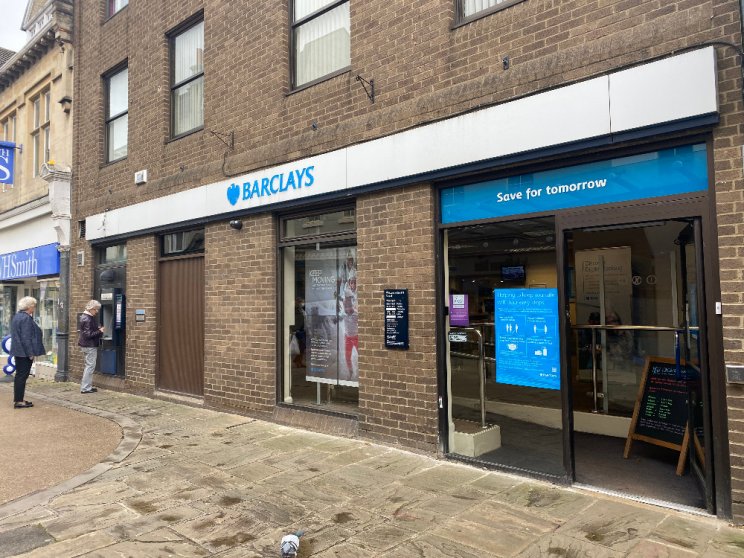 "The Extinction Rebellion protest of window smashing is designed to draw attention to Barclays' investments in fossil fuels.

"The main point here is that an intelligent woman does not go and break a window for no reason. There is a very strong reason, as Barclays in particular have been in denial and brainwashing around the environmental and ecological emergency that we are currently in.

"It's clear to me that once people realise what we are dealing with, that managers would consent to the breaking of windows because they would understand the situation. They would also understand the depth and breadth of this climate emergency.

"I fully believe that banks want their windows to be broken. I need to make it clear to the Barclays Bank manager in Stroud about the information the organisation may or may not be providing him.

"I think the banking group is painting a certain picture which I believe is highly misleading and highly dangerous to life on earth.

"Barclays know that protests are going to happen. I expect they will tell their staff not to worry that they are a good bank and that they are putting in measures to counteract this crisis.

"I understand that Barclays have issued statements about the protests where they are making allegations against myself and others, often calling us anti-capitalists. The organisation is obviously going through a process of trying to discredit us.

"I'm trying to make the case that there is dishonesty and public relations shenanigans going on in the background."

The court was also told that Dr Bradbrook has been involved in protests at other Barclays Banks around the country and is facing a crown court trial in April for allegedly damaging a bullet proof window, valued at £27,500, at the Department of Transport in London."

Dr Bradbrook added that she has sent a card to the staff of the Barclays Bank in Stroud and apologised to them for any impact caused by her protest. She said that it was not personal and invited them to an information 'sharing circle.'

The case was adjourned until her trial at Cirencester Courthouse on April 28, 2022 and Dr Bradbrook was released on conditional bail not to go to the Barclays Bank in Stroud.