When two members of Stroud District Youth Council were invited to tell their story to the British Youth Council, they didn't know that they would be walking away with an award.

SDYC chair Helen March and vice chair Lily Haines had been asked to make a presentation about the work carried out by the youth council to members of the British Youth Council in Exeter, when the surprise announcement was made.

After being presented with the Youth Voice Star award for Youth-Led Organisation of the Year, Helen said: "As a youth council, we feel so honoured to have been nominated by the British Youth Council and to have won this award. I think it's a testament to the dedication of all our members, including those from local youth forum groups, and the work we have put in over the last few years. 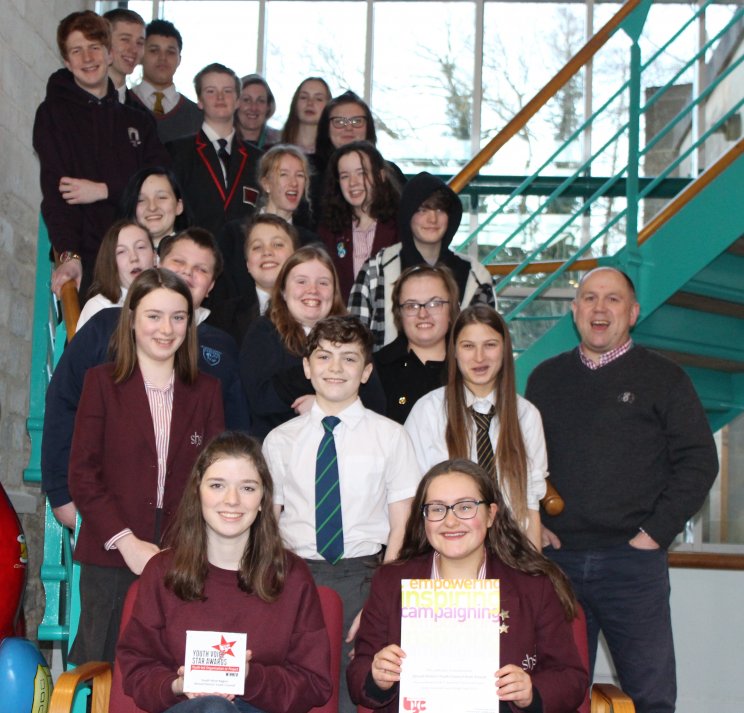 "It also reflects the commitment of our youth work team, which consistently facilitates our involvement with the BYC at both a regional and national level, as well as supporting us in every way locally. I think this award also shows that, no matter how insignificant young people believe they might be, it is possible to make a difference to issues on a national level that matter in our lives locally - which is what youth voice is all about."

Stroud District Youth Council represents the views of young people, giving them the opportunity to have a voice, discuss relevant issues, engage with decision makers and contribute to improving the lives of young people within communities.

Steve said: "It's great to see young people rewarded for their efforts and the impact they make. In recent years, SDYC has really taken local matters of concern to a national stage for debate. They have proposed changes to national BYC policy alongside large national youth organisations and have really made a huge difference."

Cllr Mattie Ross, chair of SDC's Community Services and Licensing Committee said: "I'm so proud that they have been recognised in this way, and here in Stroud District we continue to support them to do so. Our commitment is ongoing, as well as integrating the young peoples' views into our decision making."

The British Youth Council is the UK's national youth voice body. As a charity, it works to influence government policy and other national bodies on matters important to young people, whilst also carrying out work overseas.