Thieves who targeted a cash machine near Moreton-in-Marsh appear to have prepared for their raid by slashing the tyres on police cars so the force could not respond to the incident.

Eight police cars were damaged in the minutes before the cash machine theft at the Eurogarage Service Station in Stow Road in the early hours of Saturday morning.

At around 3.30am the thieves used a stolen cherry picker to smash into the cash machine, before making off with part of the machine and four cash cassettes. 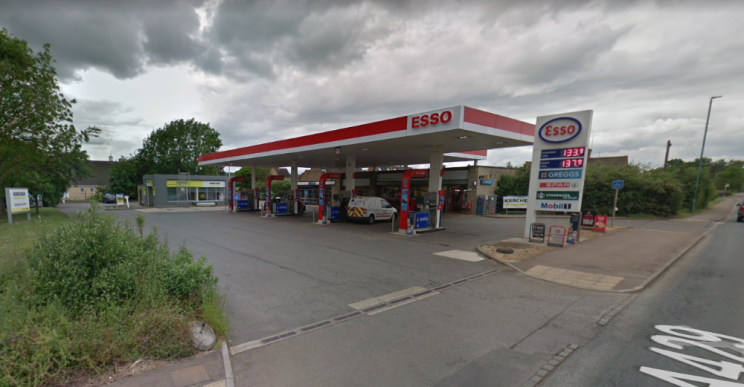 ch of the eight patrol cars parked at the station had at least one tyre slash, rendering the vehicles unusable.

CCTV footage revealed three people - one in grey and two others in dark clothing - running from the scene about 10 minutes before the reports of the theft.

Officers from the Force Response Unit and Crime Operations Team were on patrol in the area and were able to respond immediately, but not before the offenders had left the scene.

There were no injuries during the raid, but there was structural damage to the property where the cherry picker had smashed the cash machine.

All eight police cars have since been repaired and returned to operational duty.

Detective Superintendent Steve Bean said: "These two incidents do appear to be linked and would indicate that this crime was committed by a professional group.

"We have a team working on a number of cross-border offences at the moment and were on patrol in the area, which meant they could respond very quickly and only just missed the offenders.

"Incidents like this can have a big impact on the local community and I would like to assure members of the public that we are committed to finding those responsible.

"People should be aware, however, that there are criminals looking to steal high powered cars for use as getaway vehicles and they should not be complacent about their own security measures.

"Fortunately the damage to the eight cars did not affect our ability to respond to other incidents, and they are all now repaired."

Anyone who saw any suspicious activity in Stow Road, Moreton or the A429, Stow in the early hours of the morning is asked to call Gloucestershire Constabulary on 101 quoting incidents 36 and 39 of 9 November.