There will always be a Post Office in Gloucester city centre

Gloucester MP Richard Graham has reassured constituents that there will always be a Post Office, with all existing services, in the city centre.

The only question is whether it will be in the current Post Office building, or around the corner in WH Smith. 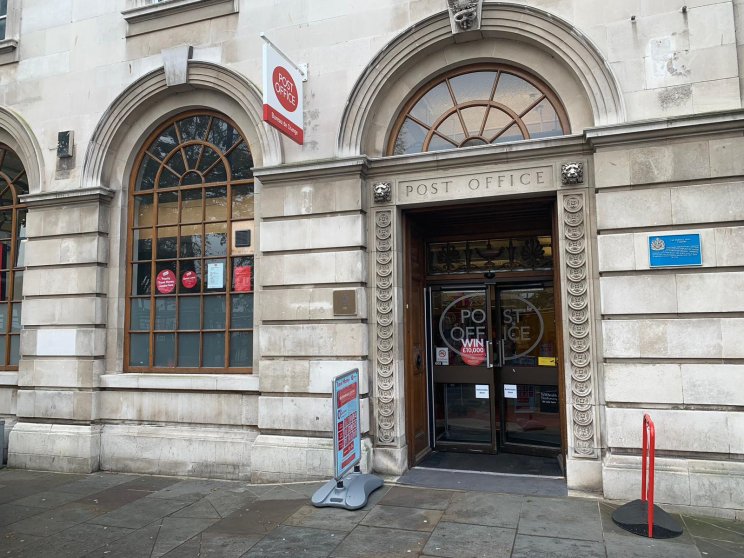 Richard explained that the proposal in 2018 by Post Office Ltd to relocate the Post Office to WH Smith has already happened in both Cheltenham and Cirencester without a problem.

He said: "However, until negotiations on Smith's future lease is resolved, it would not be right for PO Ltd to go ahead with a consultation to share their plan with us. That can only happen when that proposal is a definite one, and if for whatever reason it isn't, then the Crown Post Office continues as normal.

"Any talk of some new nationalised bank taking over the Post Office was pie in the sky: the site isn't currently available; and the bank doesn't exist.

"If the Post Office does relocate to WH Smith, all the Post office staff will carry on, under the same salaries and same working conditions. This proposal is a further extension of the Post Office's use of franchise Post Offices, and it's important we scrutinise the detail carefully in due course."

WHSmith currently runs 135 Post Offices within their high street stores throughout the country. Under the new agreement, up to a further 40 Post Offices are planned to be relocated into stores in 2019, in a move it says will support the long-term sustainability of Post Office branches, bringing longer opening hours for customers in many areas.

The Post Office will hold a six-week public consultation for Gloucester residents to consider the feedback before making a final decision in due course.