The Wurzels to star at Cotswold Cider Festival

Cotswold Cider Festival has announced that The Wurzels will be returning to the popular Spring event in Cirencester next April. 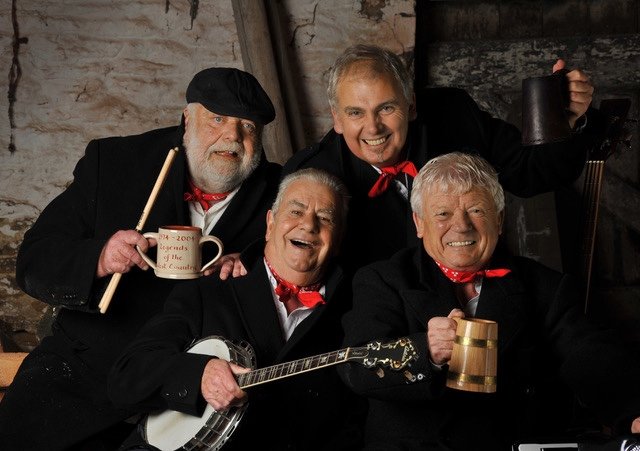 The perfect accompaniment to cider drinking, the four-piece will bring their celebration of all things Scrumpy n' Western to Bingham Hall on King Street.

Signed to label heavyweights Columbia and EMI, The Wurzels continue to play 100`s of sell-out shows and festivals every year. Promoters add that the bands quintessentially West Country cover of Kaiser Chiefs' 'Ruby' has been a massive show favourite of late, as well as their hip-hop version of the ubiquitous hit 'Combine Harvester'.

With doors opening at 7:30pm on Friday 9th April 2021, the festival promises to be another sell-out so punters are advised to purchase tickets as soon as possible.

Organisers add that their bars will be fuller than full with all your favourite cider brands and breweries.

Supporting The Wurzels at the festival will be Corky - an agricultural hip-hop artist straight out of the farmgates of the Dauntsey Vale in north Wiltshire.

Tickets are priced from £17 plus a booking fee and are available here.