VIDEO: 'The SME is the soft underbelly most at threat of a cyber-attack'

It's not a case of if your company will be the victim of a cyber-attack, but when - that was the theme of a cyber-security seminar held in Gloucestershire today. 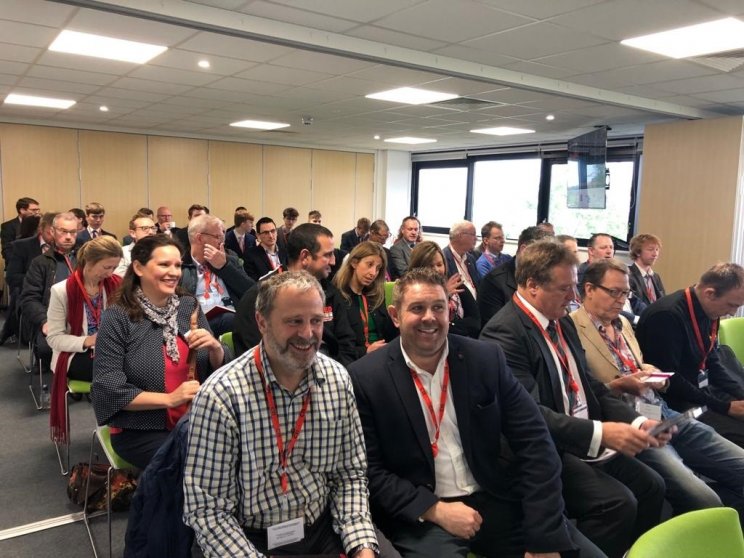 Representatives from around 50 Gloucestershire businesses attended at the swanky CL11 Cyber Security and Digital Innovation Centre at the University of Gloucestershire's Berkely campus.

There were presentations from Simon Leonard, a director of TechOP, Victoria Brinton cyber security expert from Gloucestershire Constabulary and Freddie Knight from Stackhouse Poland.

More than $10 billion has been lost by businesses around the world by ransomware attacks in 2019 alone, highlighting just how real and immediate the threat of an attack is.

Simon Leonard, director of TechOP said: "There have been high-profile attacks reported in the news, but I feel that the soft underbelly is the SME.

"Where a company doesn't have the resource and staff, we see the impact that ransomware, hacking and phishing has.

"It's business changing at best, quite often it can be business-ending.

So we are passionate about educating businesses and we had a great turn out.We want to give them an idea of how cyber-attacks could threaten them."

Mark Owen, editor of Punchline-Gloucester.com was one of the 50 plus attendees and said what the speakers revealed raised some eyebrows in the room.

"What it showed was that businesses are at risk if they don't wake up to the threat of cyber attacks, it's like having a loaded gun pointed at your company," he said.

"It's vital that every business is ready and has staff trained to know what to do to prevent attacks from happening.

"And it's also critical to have a response in place when - not if - an attack happens."