The Duchess of Cornwall visits Westonbirt

The Duchess of Cornwall, Royal Patron of the Friends of Westonbirt Arboretum charity, visited Forestry England's Westonbirt, The National Arboretum.

On her first official visit to the arboretum since opening the Biffa Award Welcome Building in 2014, the Duchess took in the spectacular autumn colour display and found out more about the arboretum's work and activities in conservation, education and participation.

The Duchess enjoyed a walk along the arboretum's STIHL Treetop Walkway, which opened in May 2016. The walkway gives visitors to the arboretum the opportunity to discover the hidden world of the canopy and climb 13m high into the trees, on a 300m walk through the treetops. 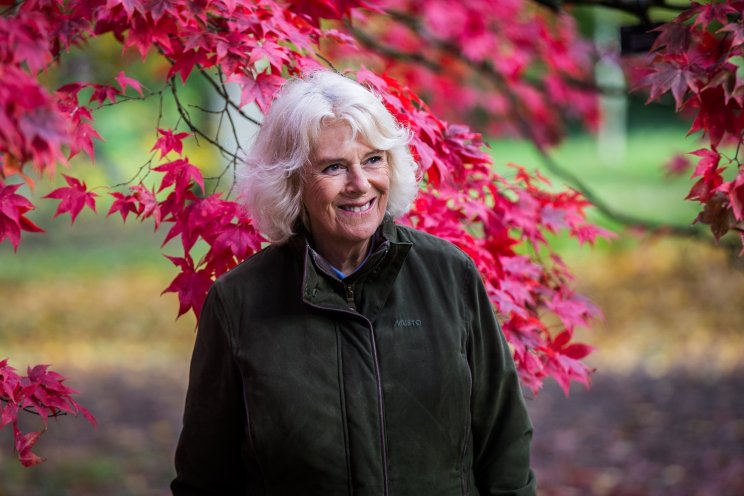 A tour gave Her Royal Highness insight into the arboretum's plans for a new community shelter. She met with Graham Anstey, community shelter development officer, who explained the work of the arboretum's Community Programme. Since 2014, thanks to support from the National Heritage Lottery Fund, the programme has worked with 7,228 people from hard-to-reach backgrounds, empowering them to visit the arboretum and enjoy the physical and mental health benefits of spending time amongst trees.

A new shelter which will provide a dedicated space for these groups during their visits to the arboretum has been designed by participants of the programme, overseen by architect Piers Taylor. The arboretum is grateful to members and trusts that have already generously contributed to the appeal fund, and is continuing to raise funds for the construction of the shelter, which will also involve participants from the programme. 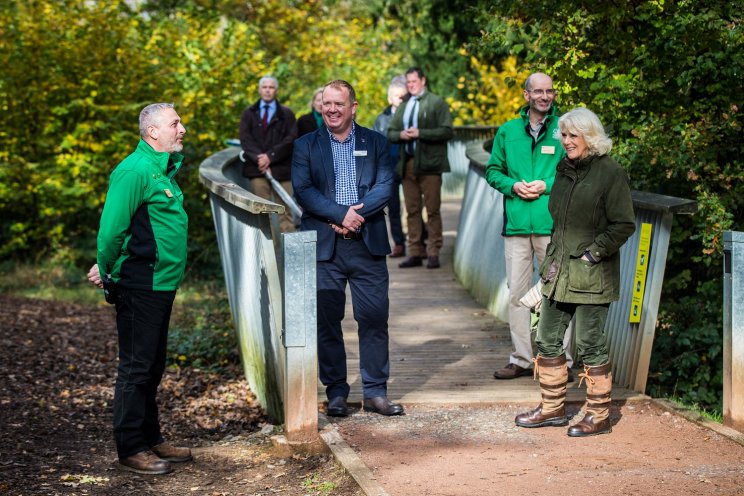 Finally, The Duchess was taken to part of the arboretum's ancient Silk Wood, which contains ash trees infected with chalara ash dieback, a disease that is infecting ash trees across Europe and the UK, and is likely to cause significant damage to the UK's ash population. Mark Ballard, curator of Westonbirt Arboretum, explained how Forestry England is planning to remove many infected ash trees from the arboretum over the winter to make way for new plantings of various species, helping to create a resilient woodland for the future.

Andrew Smith, director of Westonbirt Arboretum said: "After what has been a challenging year for staff, members and visitors, it was wonderful to be able to welcome the Duchess back to the arboretum. This year has really highlighted the importance of spending time in nature to both our physical and mental well-being, and this was a wonderful opportunity to share with the Duchess some of our plans for how we will continue to connect people with trees to improve the quality of life for many years to come."