The business of dying

Mark Owen - the editor of Punchline-gloucester.com explains why the latest publication is so important to him. 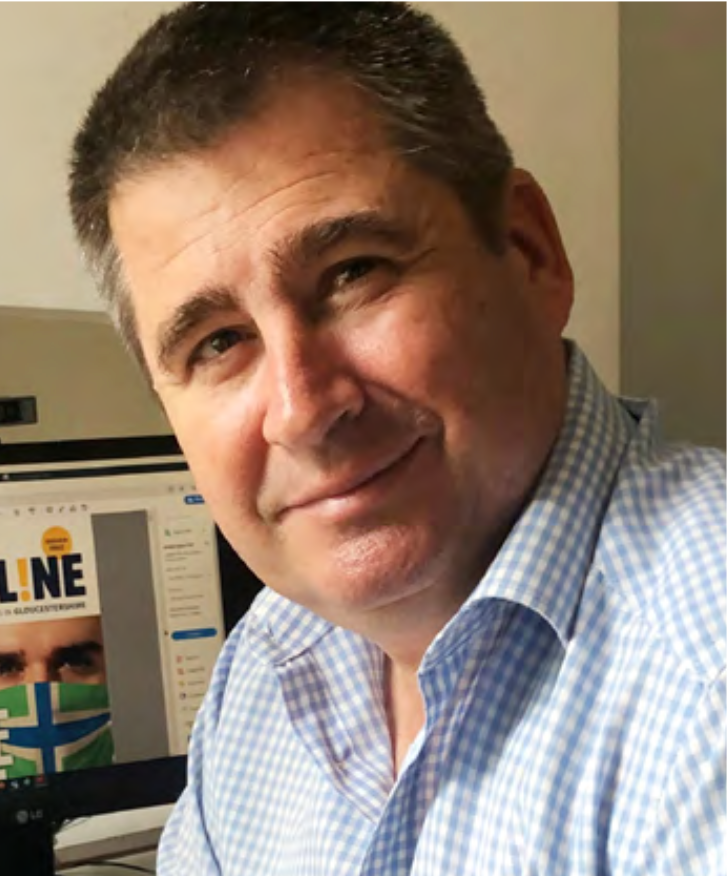 My brother Stephen had been estranged from the family for about two-and-a-half years, when I got a letter from him asking to meet up.

Although Steve and I had always got on well, on and off over the years, he'd had a massive bust-up with my parents and decided that he wasn't going to see any of us any more.

He'd always had a problem with our RAF dad, who in the early 70s, had accepted a posting to Sardinia, which resulted in Steve (aged nine, two years older than me) having to go back to the UK to boarding school.

After school and A-levels, a marriage, a child and a divorce, Steve moved to the States, got remarried and divorced again. For about 20 years, he lived in San Diego, so we didn't see much of him.

He floated in and out of our lives. I'd catch up with him, and for a while we'd get on, and then he'd disappear again.

And then one day he turned up out of the blue, outside my parents' house in Beccles in Suffolk, with a rucksack and cancer.

So, for three years, he lived in the spare room of our parents' two-bedroom bungalow, battling chemotherapy and the demons within him for the dislike of our dad.

There were lots of days, weeks, even months, when he just didn't talk to them. Many times, he was just downright rude and nasty.

But my folks loved him. Fed him, put him up and put up with him. 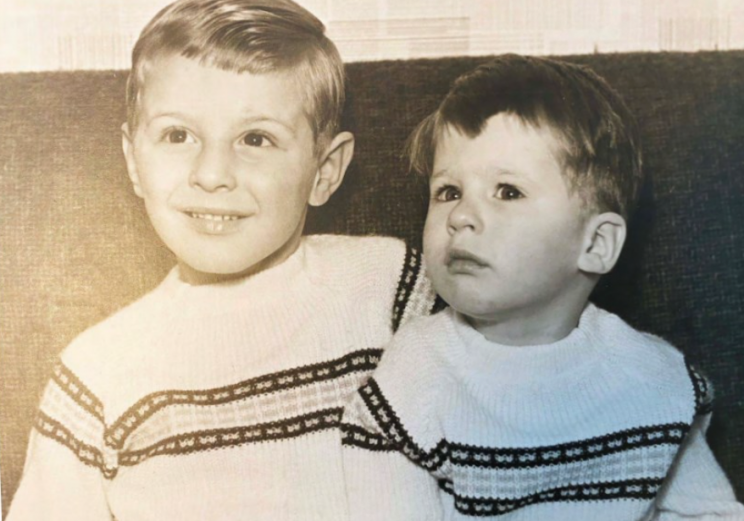 Living as far away as I did in Gloucester, I would listen to Steve's long telephone calls bemoaning our folks and try to understand both sides. It wasn't easy, as I never felt the same way towards our parents, and especially our dad, as he did.

I would go and visit my family, and sometimes we'd have a bit of a laugh, and other times it was tough going for all of us.

Steve could be charming some days, and on other days he could be a complete dick.

On one occasion, we were going to offer for him to come and stay with us for six months to give my folks a break. But he was so rude, that in the end I couldn't make the offer - I didn't think my own marriage would be able to take the hit.

Steve was a clever guy. The type you would describe as intelligent with no common sense. He once stuck a hose pipe up the exhaust of his new/ second-hand Allegro to clean it. It didn't end well.

Whilst in the United States, he was the IT manager for Standard Charter Bank in the Twin Towers in New York, earning over $100,000 looking after all the PCs on the different floors.

Here in the UK, Steve got a job in a Bernard Mathews chicken factory.

During this time, he stayed and flew to Dakar and did a refresher IT course (paid for by the bank of mum and dad), then went to the Philippines for three weeks without telling my parents where he was going. I swear they still thought he was in his room!

Steve met a very nice woman online called Susie, and went over to meet her. Once he was home, they stayed in touch and he asked my folks for the £30k to bring her and her child over to the UK to be with him.

At first, and after a great amount of deliberation, they agreed. Then 24 hours later, they changed their minds.

Steve went nuts. He walked out, well, drove out to Norwich. We didn't hear from him again... until the letter. 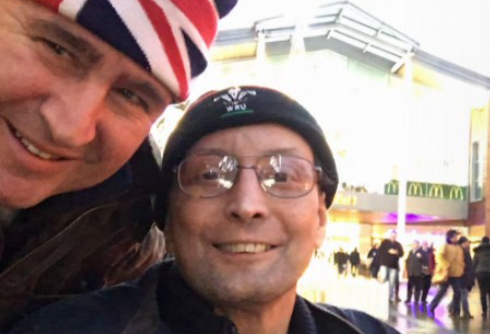 In the letter, my brother asked if we could meet up, as his cancer was terminal and he was planning to fly out to the Philippines to end his days there.

He asked if we could have a mini road trip around the county. He'd show me the big lights (not Norwich city, but lighthouses). And finally, he wanted my help in arranging for him to say goodbye to mum and dad.

In October 2017, we met up. The arrangements had changed. He was in hospital.

I'm sorry to say the cancer had got to this throat, so he talked loudly in a whisper, and I was glad they couldn't hear him.

Steve was joint admin manager for two nursing homes just outside Norwich. That was his day job and, in the evening, he was a taxi driver.

He lived in an old people's nursing home that was closed and was a building site. He had one room, with his suitcases packed ready to go. All the money he earnt was sent to Susie in the Philippines.

We stayed together in the same room for the first time in over 35 years.

And, for the first time in a long time, we talked. He asked me to be the executor of his will.

'Buried or cremated?' I asked.

I told him it wasn't about him. It was about the people left behind, who want to do the right thing.

That night, we picked the music to be played at his funeral and the suit and tie he'd wear. We agreed that his ashes would be sent to friends in the States, to be scattered on the beach. 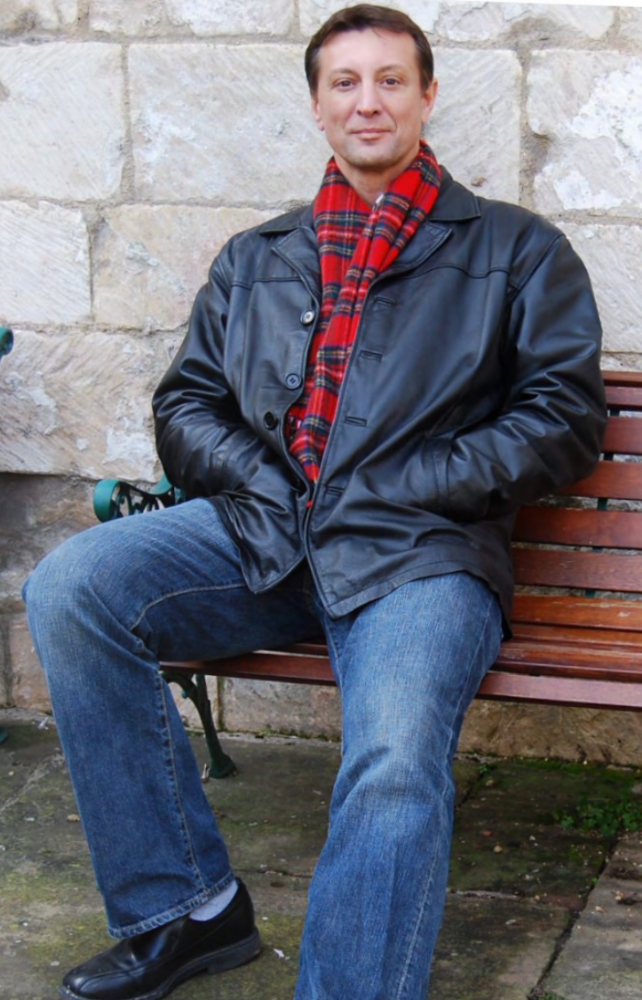 We went over his financials, and the LinkedIn account of the chap who he believed was his son, so that I could give him his inheritance. We agreed what Susie was to get.

I didn't know at the time how much this was going to help me and the rest of family cope with what was to come.

In the office, I would have to leave my desk and cry as quietly as I could in the gents' toilet, in order not to disturb my team. I would come out all bleary eyed, and I knew that they knew.

I went to Sue Ryder, and one of the ward sisters explained that it's OK to mourn when someone is still alive.

It helped to understand why one moment you are OK and the next you are a mumbling wreck in the shower.

Grief is like being in a river, on the surface everything is calm, but underneath it is a torrent of emotions, ready to suck you down into darkness and despair.

And so began my other journey of wills and probate, pensions, lasting power of attorney, finding a funeral director (better to choose one beforehand), even things like wheelchair access as Steve got sicker.

I managed to get Steve into a hospice in Norwich, but would you believe it, once his meds were sorted, he checked himself out and did a runner, declaring he wasn't keen on the food.

Steve changed his mobile, bought a car, got a flat. We laughed a lot and I got to know him again and remembered how much I loved him. Here was a guy who used to say to me how I'd never account for anything, that I would be 'the shit on the sole of his shoe'.

And finally, I got him home to mum and dad, where my parents cared for him until it was too much for them.

Steve died on 6th January 2018 in Beccles hospital, with our mum, dad and I there with him. I called Susie and let her say her goodbyes.

I hope this publication helps others along the very difficult, but inevitable, road that we must all travel.

I have had to learn as I have gone along. Thankfully, I've never been alone, thanks to my wonderful wife, daughters and extended family and friends. Plus, amazing work colleagues and I have to say the wonderful Lucy Coote, from the funeral directors, Rosedale.

Ever the businessman, 'Three for the price of two?', I asked.

NB: Voyage around my brother will be out soon.