A family-owned haulier with a Tewkesbury base has just taken delivery of the first of 35 new Mercedes-Benz trucks.

Arthur Spriggs and Sons, who are based on the Northway Lane Trading Estate in Tewkesbury has put the first of the trucks on the road in their blue and red livery.

The tractor units are the brand new Mercedes-Benz Actros Edition 1 units, a fifth generation of the Actros Range, one that has been restricted to 400 units worldwide. 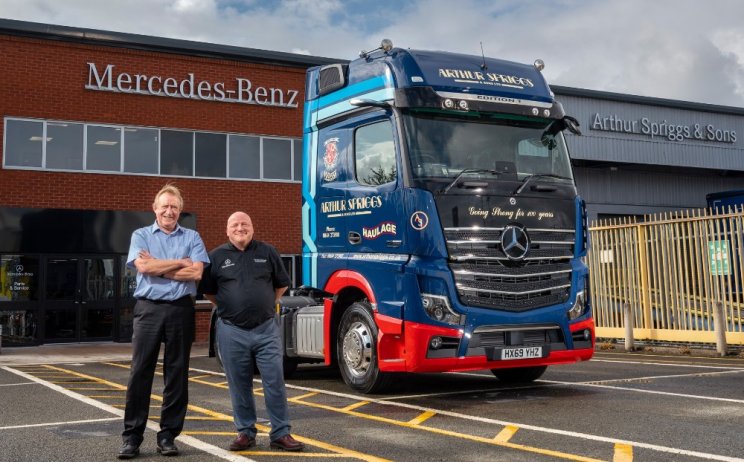 Supplied by Dealer Marshall Truck & Van, it has joined an all-Mercedes-Benz and FUSO fleet of 60 trucks of various sizes, as well as a number of vans.

The new units are packed with features that include a multimedia cockpit with extra equipment and stylish details geared to help the driver.

Powered by a range-topping 15.6-litre straight-six engine which produces a potent 460 kW (625 hp), the Edition 1 is instantly recognisable.

Arthur Spriggs & Sons Managing Director Chris Spriggs said: "I've been in this business for 40 years and there's not much that gets me excited these days.

"When I set eyes on this truck for the first time, though, my reaction was 'Wow! Now that really is special'." 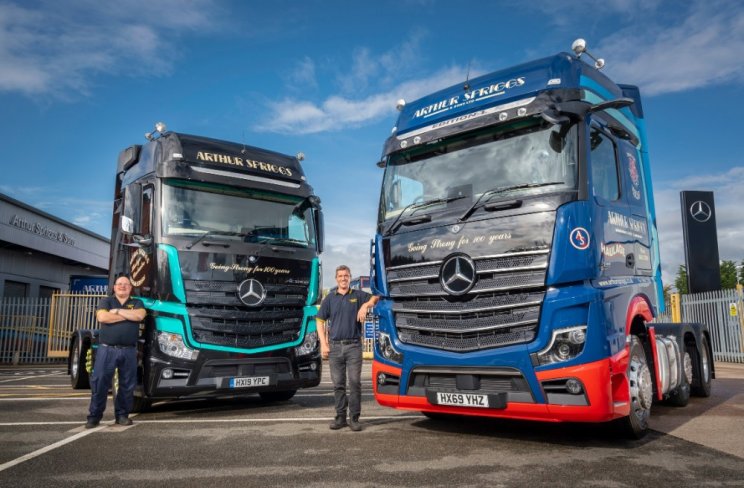 It was a sentiment echoed by driver Andy Quinn, who has been rewarded for his 18 years' loyal service to the operator with the keys to its new flagship.

"I'm still pinching myself, what an amazing truck!" he said

"Everything about this truck is state-of-the-art. MirrorCam is a real step forward in terms of safety, not least because it eliminates a major 'blind spot', while my seat and bunk are unbelievably comfortable.

"I love the way it looks too. It's obvious that the driver was the number one priority for Mercedes-Benz when it designed the Edition 1."

The black leather-trimmed cab interior - including door handles with contrasting topstitching - features a polished and brushed aluminium dashboard badge that confirms it as 'One of 400' Edition 1s. 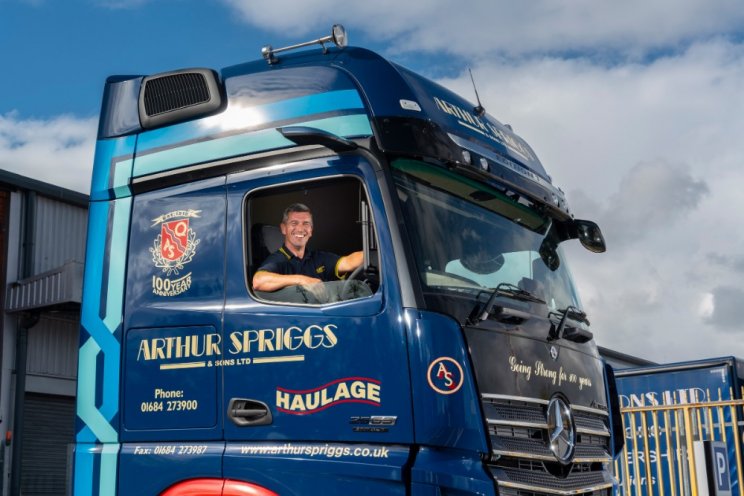 He can choose from no fewer than eight colours of ambience ceiling lighting, while an unbroken night's sleep is assured thanks to a bed that measures an industry-leading 900 mm wide.

All new Actros models are offered as standard with a Mercedes-Benz Safety Pack.

As with the operator's previous acquisitions, Marshall Truck & Van's dedicated Handover Specialist Phil Whiting has spent time in the cab with Andy Quinn to help him achieve optimum levels of performance and economy from his new unit.

Arthur Spriggs & Sons was established in Northamptonshire by Chris Spriggs' grandfather shortly after he left the army in 1918 following the end of the First World War.

The current Managing Director was 19 when he joined his parents Derek and Jean in the family business in 1979. The company moved to its current Tewkesbury home in 1993.

Now representing the fourth generation of the Spriggs family are Chris's sons Harry and Billy - 22-year-old Harry is a qualified technician with specialist tachograph training, while Billy, 17, has just begin a Technical Apprenticeship with Mercedes-Benz.