A teenager who knocked a woman unconscious before raping her in a Gloucester park has been jailed for 11 years after a jury took less than an hour to find him guilty. 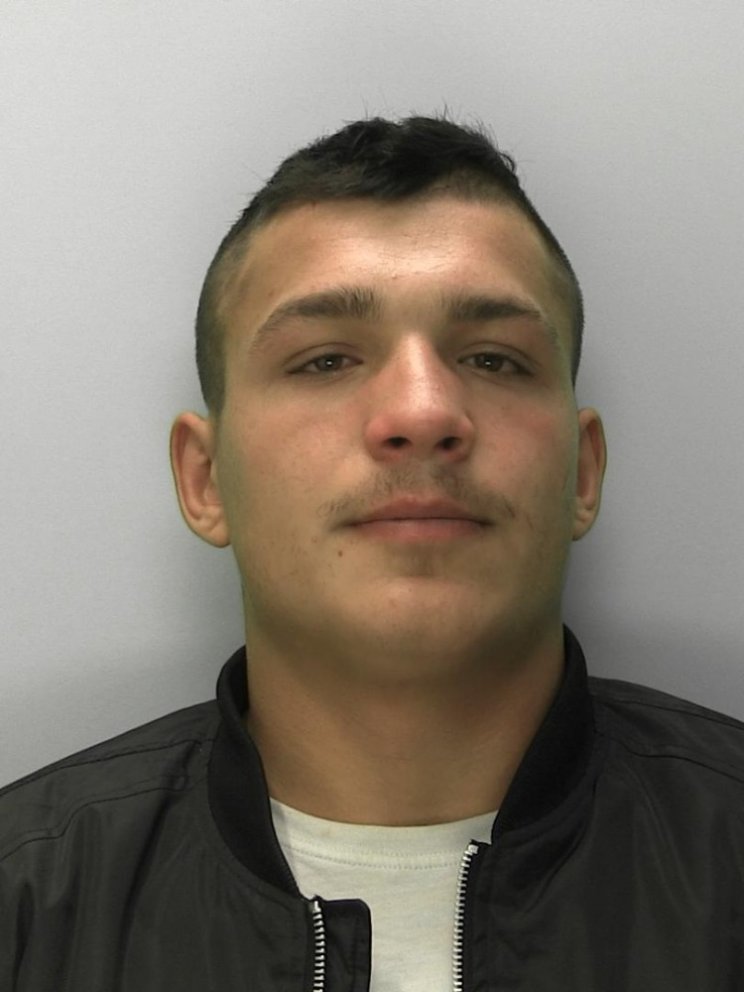 Petru-Marian Bradu, 19, of Barton Street, Gloucester, was caught seven months after the rape when his DNA was matched following his arrest for an unrelated assault.

He claimed the rape victim had been a prostitute he had paid for sex.

The court was told the woman had been knocked out and raped by Bradu in a small park near Widden Primary School in the Barton area of the city.

Prosecutor Mark Worsley said: ""There was no evidence that the woman was a prostitute. It was a complete piece of fabrication made up by Bradu.

Catherine Spedding, for Bradu, reminded the court he was still only 17 when he committed the rape shortly after arriving from Romania.

She said: "Bradu had only been in the country for six weeks when the rape occurred. He fell into the wrong crowd of older men who shared his background.

"He was desperate to prove that he was somebody who people could rely upon."

Judge Ian Lawrie QC sentenced Bradu to nine years custody for the rape and two years for the subsequent violence offence with the sentences to run consecutively.

He will also have to sign the sex offenders' register for life.

Balaban was due to be sentenced today and a European arrest warrant has been issued for Valentin who absconded before he could be sentenced.

Investigating officer DC Steve Martin from Gloucestershire police's Rape and Serious Sexual Offences team said: "This was a particularly vicious incident where the victim was targeted by a strange.

"She received support from the team at the Hope House Sexual Assault Referral Clinic and I have no doubt that this support helped her to find the incredible strength to see this through.

"The victim has said that the fact that she was believed was incredibly important to her so now that justice has been achieved this will hopefully help her moving forward."

Ava Carpenter, centre manager at the NHS Foundation Trust's Sexual Assault Referral Centre said: "This is an outstanding result and a true reflection of Gloucestershire Constabulary's determination and commitment into this case.

"Following this serious sexual assault, arrangements were made for the victim to attend the SARC. We were able to offer immediate practical and emotional support; as well as medical care and a forensic examination.

"I'd like to pay tribute to the victim who showed immense bravery and personal strength during her time at SARC, and throughout the police investigation and trial."