Fashion retailer Ted Baker has reported large losses due to the impact of the pandemic and has been forced to cut jobs as a result. 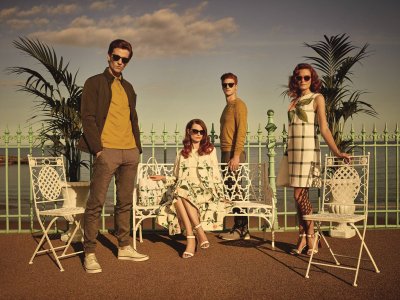 The business, which also revealed it had cut 953 jobs, said that pre-tax losses had almost trebled, dropping more than £63 million to £86 million in the six months to August.

However, Ted Baker added that online revenues had risen 42 per cent in the period to £74 million, following an increased demand for online shopping.

Ted Baker chief executive Rachel Osborne said: "This has been an unprecedented period for Ted Baker and today's Interim Results clearly show both the impact of the Covid-19 pandemic and the steps we have taken to reset the business.

"Even with some of our legacy issues being amplified by Covid-19, our balance sheet is materially stronger than we had envisaged this early in the plan and operational cashflow will be positive for the full-year.

"While these are still very early days in Ted's transformation, and the economic outlook remains uncertain, we are confident that we have the right strategy and team in place and that we are setting the business up for future success."