A secondary school teacher from Wotton-under-Edge has completed the gruelling 4x4x48 challenge to raise funds for the Gloucestershire hospice which cared for his mother.

Andy said: "My mum had been living with cancer for a number of years. I first started fundraising for charity when I was in Year 8 at school, when I shaved my head as mum was going through chemo. 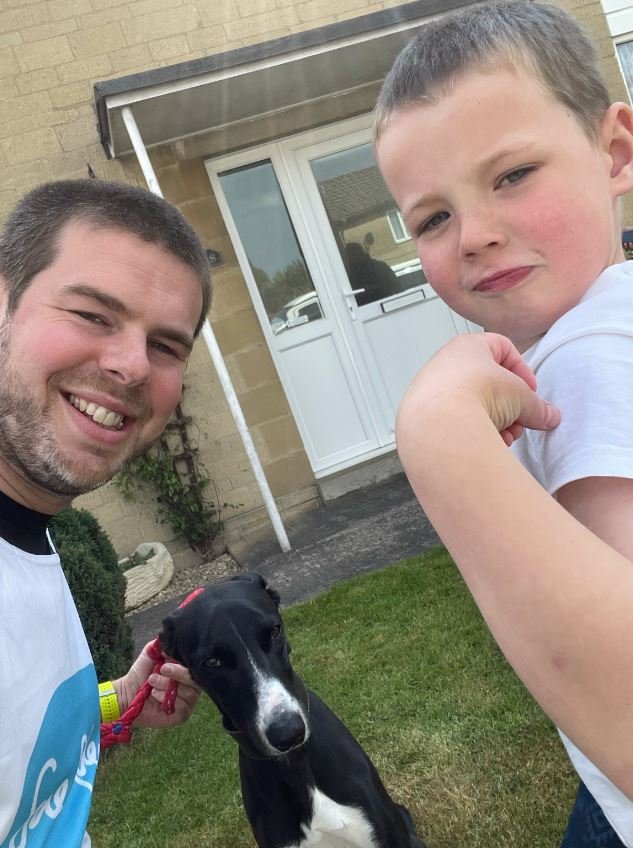 "Mum had always been used to me doing silly things to raise funds, so I would like to think she would be proud of what I've achieved, even though she would probably think I was a bit daft!"

Andy was inspired to take on the challenge after reading about it online in running forums. The running challenge, set by ex-Navy Seal David Goggins, tests participants' mental and physical toughness, with the sleep deprivation just as tough as the mileage covered.

Andy said: "I decided to start my first four mile run at 8pm on the Friday of the bank holiday after a full day of teaching, then I ran four miles again at midnight, followed by further four mile runs at 4am Saturday morning, 8am, midday Saturday, 4pm, 8pm, midnight and repeated it all again on Sunday with my final run taking place at 4pm.

"The midnight and 4am runs were the best runs for me. At midnight, there were still a few people around and the 4am runs were just brilliant. The sun rose at 5.40am and before that it was totally dark. I saw foxes and hedgehogs running down the middle of the main road and the blues in the sky just before dawn broke were amazing.

"After completing the challenge, I had pizza, a shower then slept thirteen hours straight. Thankfully, I had the Bank Holiday Monday to recover before being back at school!"

Andy completed the challenge in his mum's hometown of Stonehouse.

He said: "Because I am still sorting out Mum's house, I decided to use her house as a base. She lived in Stonehouse, which is much flatter that Wotton-Under-Edge!"

Andy had the help of friends and family to keep him going when the going got tough. 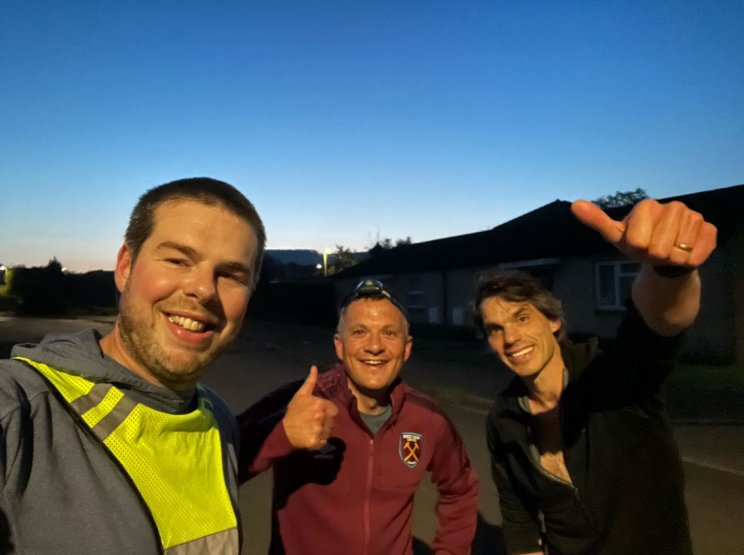 "On the second night of running the lack of sleep really kicked in and, after eating lots of sugar to keep me going, I started to feel really nauseous. It felt like I had a really bad hangover.

"In run six my wife, 6-year-old son Ted and our lurcher ran with me, which gave me a huge boost.

"In run number eight, midnight Saturday, I had running friends with me to push me along and that turned out to be my fastest four mile run.

"I want to say a massive thank you to everyone for their support and their donations - going out at 8am and coming back to see another £200 in donations really kept me going.

"I could not have done it without my friends Andy and Chris on the second night. They kept the conversation going and away from running. We spoke about everything apart from what we were doing - mostly football!

"My family and friends really got behind me and to see them waiting at the end of my last run flying bunting was really emotional. They must have spurred me on as mile 48, my final mile, was my fastest mile!"

So far Andy has raised £2,600 for Sue Ryder Leckhampton Court Hospice in memory of his mum.

He said: "Mum had been suffering on and off for 22 years with various cancers, but she took a real turn in the last couple of years. She ended up being cared for by Sue Ryder Leckhampton Court Hospice for the final four weeks of her life in March. 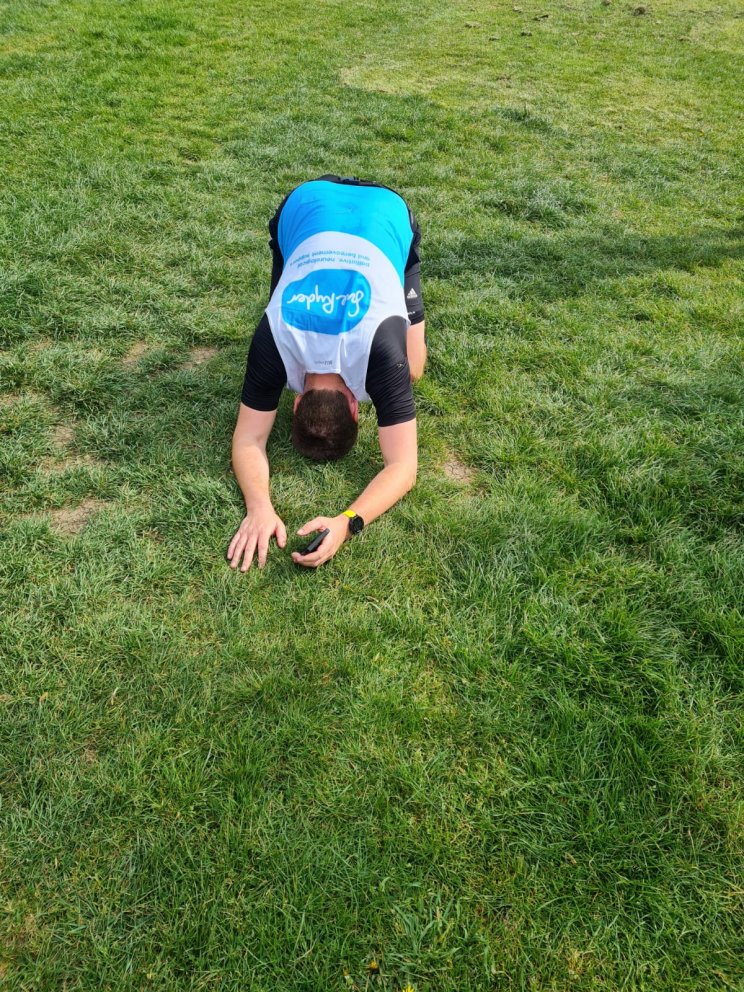 "While Mum was there, she kept telling me about the staff and how wonderful they were. She had a real soft spot for them and told me how the nurses would take her out into the garden.

"Arrangements for her ongoing care were taking some time to arrange and because of the pandemic we weren't able to be with mum at the hospice. One day we had a phone call asking us if we would like to go in to see Mum. I think Mum had been hanging on to see us, as she died just a few days later on 24th March.

"The hospice staff were incredible at such an unbearable time. They could not do enough for us as a family. That's why I wanted to do this fundraising challenge immediately to thank everyone who helped us at the hospice."

"Mum was a very caring and giving person. She always gave of herself and her time to support others. I think she would have wanted me to do this challenge to say thanks to Sue Ryder."