The tables were turned on Jeremy Paxman as the former Newsnight host became the interviewee rather than the interviewer for a special event to raise funds for The Nelson Trust.

The BBC's arch-inquisitor entertained the audience with anecdotes and experiences, many from his book A Life in Questions at the vent at Beaudesert School.

Interviewed by writer and journalist Henry Porter, Mr Paxman threatened to be upstaged at one point of the evening when his rescue dog Derek joined him on stage. 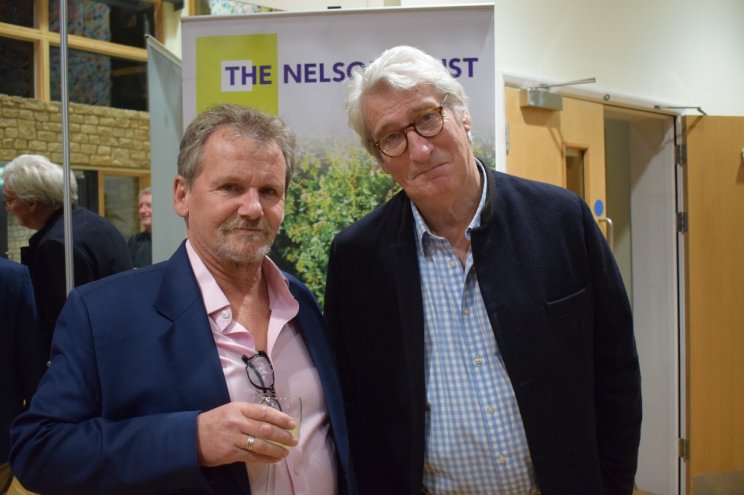 Derek's involvement saw Mr Paxman put at ease to the extent that the previously banned subject of Brexit got strayed into at one point.

He spoke in depth about his time as a correspondent covering The Troubles in Northern Ireland and the stresses of reporting from Beruit, Uganda and Central America.

Asked about who the most interesting interviewees he had dealt with over the years, he replied.

"It's not the politicians but the religious leaders. They deal with the why of life."

Mr Paxman said he is quite optimistic about the future as he believes we have a younger generation who want to do good.

On presenting University Challenge he said, "I like it because it challenges the lie of the Daily Mail stereotype of young people not knowing anything."

There was a heated converstion between host and subject around government and politics before ending with some questions from the audience.

Mr Paxman was asked who his heroes are to which he replied, "I admire those who do their best despite the challenges."

When asked if he feels his life has been a success, Jeremy replied with a smile, "I think if I worked for The Nelson Trust I'd be a better person."

The event was organised by The Nelson Trust Fundraising Committee and more than £6,000 was raised for the charity.