A man who shone a laser beam into the eyes of a police helicopter pilot has been handed a six-month suspended prison term after admitting he had been foolish. 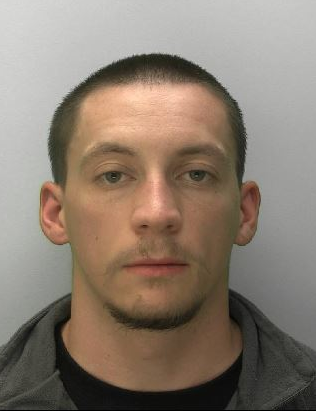 Joel Martin, 22, of Stroud Road, Gloucester, pleaded guilty at Cheltenham Magistrates' Court to shining the beam and dazzling Captain Robert Humphries on May 4.

May Li, prosecuting, said the police helicopter was conducting a search over Metz Way in Gloucester.

She said: "The pilot was blinded for some five to 15 seconds, during which time he was unable to read his instruments and as a consequence he had to abandon the search.

"With the aid of the on-board cameras the source of the beam was located to a property in Stroud Road.

"Martin admitted in interview that he had consumed some alcohol and had been shining the laser beam at the stars when the helicopter came into view."

She said Martin has written a letter of apology and accepts his actions could have been very serious.

In a letter to the court, Martin said: "I did the most stupid thing without thinking of the consequences and was rightly arrested.

"I have felt nothing but remorse since and can't believe how foolish I have been. All I have felt tis how I have let myself and my family down and how dangerous the consequences could have been.

"I am writing this to offer my sincere apologies to the pilots concerned. I would like them to know how sorry I am."

He continued: "I offer no excuse that I did a stupid thing without thinking of the consequences, although I am now having to face up to these consequences.

"I have never been in trouble with the police before. This behaviour is not normal for me . It was an act of stupidity I am truly sorry for.

"As I cannot apologise in person, please ask the police to pass on my sincere regrets for my actions to the force's pilots."

Tim Burrows, defending, said: "Martin has been terrified over the prospects of today. The experience has been very shameful for him.

"He realises any sentence he is likely to receive crosses the custody threshold, but I ask if it could be suspended as I feel he is totally unsuitable for a custodial sentence.

"He works at the Roses Theatre in Tewksbury, but is currently furloughed."

She said: "I have to evaluate how dangerous the situation was as there could have been dire circumstances.

"Luckily this didn't happen to you. However the expensive police search being conducted at the time had to be abandoned because of your actions.

"But as soon as the police knocked on your door you admitted your guilt, which you have also done in interview and at court today."

She continued: "Because of your guilty plea and the references made on your behalf to this court and being as we are in the middle of the coronavirus pandemic, I am prepared to suspend the sentence."

The judge sentenced Martin to six months in prison, suspended for 18 months, and ordered him to undertake 250 hours unpaid work as well as the forfeiture and destruction of the laser pen.

Martin was ordered to pay a victim surcharge of £128 and court costs of £85.