A number of clothing manufacturers supplying big name fashion brands are involved in money laundering and VAT fraud, according to a BBC investigation.

Some of the companies involved, all based in Leicester, have supplied well known fast fashion brands, including Boohoo. The brand told the BBC it would never knowingly work with suppliers acting outside of the law and has terminated its relationship with one of the firms in the investigation. 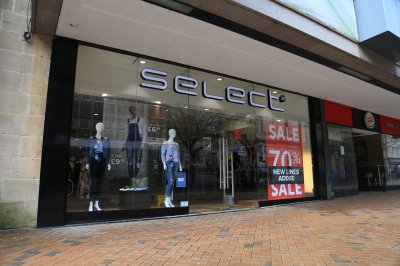 The investigation found that a supplier to Select Fashion, which has around 170 shops in the UK, including one in Gloucester, was producing false invoice and working with a network of companies in Leicester, most of which did no real business and just pretended to be garment manufacturers.

It is thought that Select Fashion was unaware of the fraud in its supply chain.

Insiders from Leicester's textile industry said it was demand for cheap clothes that was fuelling fraudulent activity within the city. With factories unable to make a profit due to the low prices demanded by retailers, some manufacturers were turning to VAT fraud.

Fashion giant Boohoo said it had concerns about "unauthorised subcontracting" by suppliers and has commissioned an auditing firm to map out its supply chain. It then intends to publish a full list of its UK suppliers.

It has already terminated its contract with one supplier, Rose Fashion Leicester Limited.