Supermarket tills rang out for Christmas

UK supermarkets across the board enjoyed a profitable Christmas 2021.

Tesco reported a 2.7 per cent increase in like-for-like sales in the six weeks to January 8 compared to the same period last year, as reported by Retail Gazette. 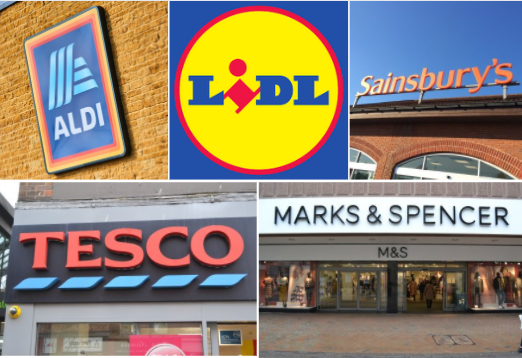 The UK's biggest supermarket has raised its profit outlook for the second time in four months, with profits now expected to come in close to £2.6 billion.

Sainsbury's has also increased its annual profit forecast, despite a small dip in sales over the Christmas period. The UK's second biggest supermarket now expects to post a pre-tax profit of at least £720 million for the year to March, around nine per cent higher than previously forecast.

Retail sales at Sainsbury's were 2.9 per cent lower than a year ago, but food and drinks sales increased by 0.1 per cent in the six weeks to January 8, as reported by the Daily Mail.

Sales of the premium Taste the Difference range were up, with shoppers keen to stock up on party food and champagne.

Marks & Spencer was a real festive success story, with food sales increasing by 12.4 per cent on its pre-pandemic performance two years ago in the 13 weeks to January 1.

M&S now expects full-year profit before tax and adjusted items to be at least £500 million, as reported by Retail Gazette.

Kantar found that every major grocer increased sales compared with the final 12 weeks of 2019.

Aldi, Lidl and Waitrose all grew their market shares over the 12 weeks to Christmas with respective uplifts of 0.3%, 0.2% and 0.1%.

The Daily Mail reported that Lidl in the UK saw sales rise by 2.6 per cent in the four weeks to December 26, as it benefited from £21million in takings from shoppers moving from other food retailers.