Cheltenham-based Superdry is to close its store on the Promenade - just a year after it opened. 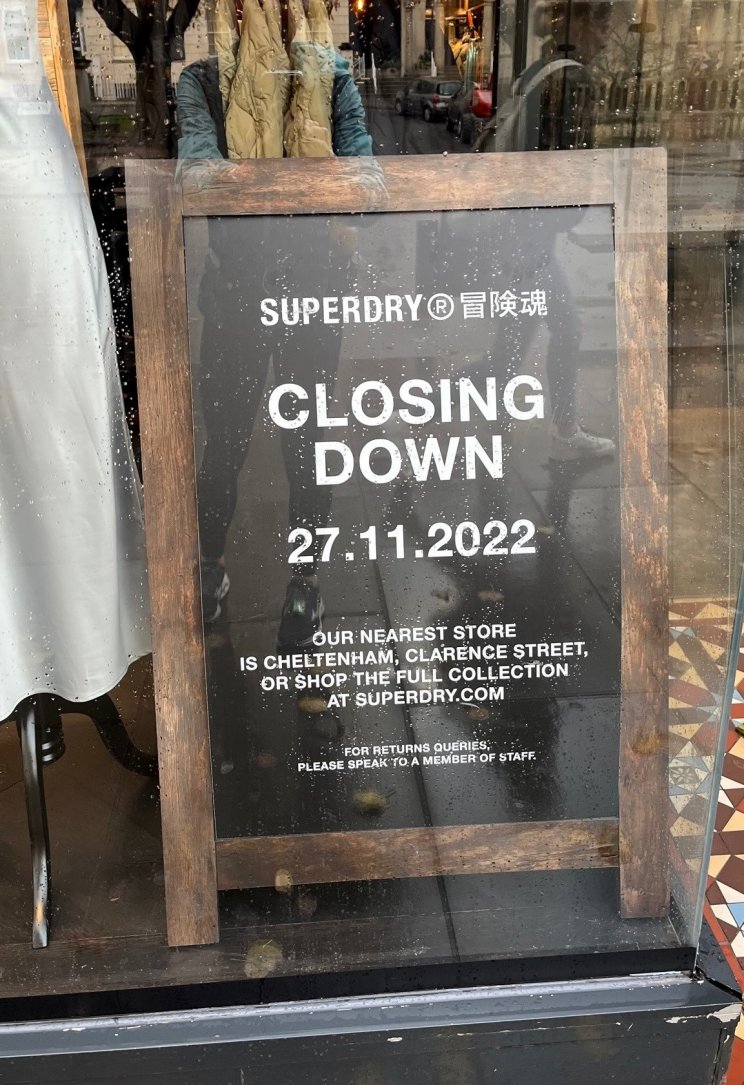 The 'concept store' opened on December 1, 2021 to showcase two of the brand's individual collections: Superdry Studios and Performance Sport.

But it is set to close on Sunday (November 27).

A Superdry spokesman said: "This was a trial concept store in our home town, which will now be used to continue the international expansion of the brand."

Richard Knightley, senior director at KBW Property Consultants in Cheltenham, said: "This was only ever a short-term lease, but I am pleased to report good interest and offers from prospective new tenants. The large shop may even be split to accommodate two new occupiers, subject to the necessary consents. The prominent shop is adjacent to 106 Promenade, where Dobbies is due to open one of its new in-town format stores in the new year, to trade as Little Dobbies."

Superdry's store on Clarence Street in the town remains open.

Earlier this week, it was reported that M&S will be stocking Superdry menswear on its website.